Professor Xu Xin has spent 40 years at Nanjing University—as an undergrad, a grad student, and currently as director of the Glazer Institute of Jewish Studies. He teaches new generations of Chinese students about Jewish history, culture, and the lessons of the Holocaust. 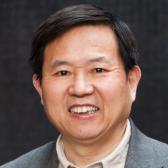 Professor Xu Xin has spent 40 years at Nanjing University—as an undergrad, a grad student, and currently as director of the Glazer Institute of Jewish Studies. He teaches new generations of Chinese students about Jewish history, culture, and the lessons of the Holocaust.

XU XIN:
I've been involved in Jewish studies because I believe if there's something new to me, something attract me, something can inspire me, that must be good for other Chinese.

ALEISA FISHMAN:
Professor Xu Xin has spent 40 years at Nanjing University—as an undergrad, a grad student, and currently as Director of the Glazer Institute of Jewish Studies. He teaches new generations of Chinese students about Jewish history, culture, and the lessons of the Holocaust.

Welcome to Voices on Antisemitism, a podcast series from the United States Holocaust Memorial Museum made possible by generous support from the Oliver and Elizabeth Stanton Foundation. I'm your host, Aleisa Fishman. Every other week, we invite a guest to reflect about the many ways that antisemitism and hatred influence our world today. From Nanjing, China, here’s Xu Xin.

XU XIN:
In China, there was no original antisemitism. Antisemitism in the West was started by and large with religion, because of dispute between Judaism and Christianity. China and Japan and India were countries without Biblical tradition. So it's hard for them to understand that kind of dispute. So that's why Japanese and Chinese were not antisemitic. But, of course, in modern times things are changing and Japan was very much influenced by Western antisemitic concepts. When they sent people to Europe they brought in many new ideas, including antisemitism.

When I was student, I never learned anything Jewish, any topics at university or in high school. And even today, Holocaust is not being taught in Chinese high school. For instance, in high school, they have a course, world history, but never mention this. They teach Chinese history; they never mention there were Jews in China. Only at university, now we've started to teach. Like when we teach Jewish cultures, inevitably, you have to mention the Holocaust. So it's become part of it. You teach antisemitism, you have to mention the Holocaust.

Nanjing had a massacre. Japanese killed a large number of Chinese during the Second World War, but the Nanjing Massacre was not known or never taught until 20 years ago, when we learned about the Holocaust. How Jewish people realized Holocaust should be learned, should be studied, should be taught. In Japan, there are always Nanjing Massacre deniers. And so China realized we should commemorate this issue, teach the younger generation so that they will not forget the history. So they set up Nanjing Massacre Memorial Hall; but after you finish this, you say, "I hate the Japanese," because they used traditional way to present the case. But later on, they realized Jews did much better, to teach massacre in a different way. Not try to scare people, not try to create new hatred.

I believe antisemitism will come to China one way or another. A lot of people, when they talk about Middle East conflicts, probably they're more sympathetic with Arabs, than Jews. And Chinese government view stood on the side of Arabs, rather than on Jews. But in the last 20 years, that attitude has changed because of Jewish studies. In Chinese I'm talking about, Middle East conflict more objective than before. And so the best way, I believe, is to help people to understand, give them background, and give evidence so that people can come to their own conclusion. Otherwise, they are not able to understand it and stereotype things, and antisemitism will rise among Chinese.