In his book, The Third Reich in the Ivory Tower, Stephen Norwood looks at the ways many American universities actively or passively helped to legitimize Nazi Germany. In their failure to take a stand against antisemitism, Norwood sees parallels in academia today. 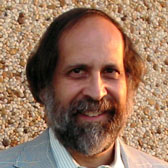 In his book, The Third Reich in the Ivory Tower, Stephen Norwood looks at the ways many American universities actively or passively helped to legitimize Nazi Germany. In their failure to take a stand against antisemitism, Norwood sees parallels in academia today.

STEPHEN NORWOOD:
In the 1930s, there are many opportunities when a strong stand in the West could have blunted and turned back the Nazi advance. The universities are a major sector in American life that did influence public opinion, unfortunately, in the wrong direction. And I was struck with how extensive their complicity was in helping the Hitler regime enhance its stature in the West at a very, very critical time.

ALEISA FISHMAN:
In his book, The Third Reich in the Ivory Tower, Stephen Norwood looks closely at the ways many American universities actively or passively helped to legitimize Nazi Germany. In their failure to take a stand against antisemitism, Norwood sees parallels in academia today.

Welcome to Voices on Antisemitism, a podcast series from the United States Holocaust Memorial Museum made possible by generous support from the Elizabeth and Oliver Stanton Foundation. I'm Aleisa Fishman. Every month, we invite a guest to reflect about the many ways that antisemitism and hatred influence our world today. Here's University of Oklahoma professor, Stephen Norwood.

STEPHEN NORWOOD:
Many of the leaders of America's colleges and universities displayed an often willful blindness toward the Nazi menace. And there is active complicity with the Hitler regime, even though the prospect of extermination looms already in the spring of 1933. American newspapers are providing a lot of information about Nazi atrocities against Jews. And yet, the people whom one might expect would be most familiar with European affairs are closing their ears to what's going on. They often warmly welcome top Nazi officials to their campuses. This is the case, for example, at places like Yale, and the University of Wisconsin, the University of Minnesota, the University of Texas, Catholic University. I could go on and on. Harvard University welcomed Adolf Hitler's foreign press chief, Ernst Hanfstaengl, a fanatic antisemite, and one of Hitler's earliest backers. President Nicholas Murray Butler of Columbia University warmly welcomed Nazi Germany's Ambassador to the United States, Dr. Hans Luther, on the Columbia campus in December 1933.

Later on in 1936, over twenty American colleges and universities sent delegates to celebrate the 550th anniversary of University of Heidelberg. Ordinarily 550th anniversaries don't get celebrated, but this was set up by the Hitler regime as a way to convey a sense of legitimacy for the Third Reich. At Columbia, which had a larger Jewish student enrollment than the other elite institutions—even though it was considerably restricted by an anti-Jewish quota—there is a significant amount of protest. A thousand people, students and faculty, sign a letter of protest against the decision for Columbia to send a delegate to Heidelberg, trying to persuade them that this would be handing the Hitler regime a major propaganda victory. But leading university administrators harshly punished students and faculty members who challenged their efforts to forge friendly ties with the Hitler regime.

There are many parallels I can draw between [Iranian president, Mahmoud] Ahmadinejad's visit to Columbia a few years ago and the invitations that were issued to top Nazi officials to speak on American campuses during the 1930s. I think it's particularly alarming that Ahmadinejad is invited and given a major forum at Columbia when he not only represents a barbaric, highly antisemitic regime, but is a Holocaust denier. Universities should stand for combating anti-intellectualism, instead of offering it a platform. And I don't think academic freedom is an issue; you don't have to go out of your way to promote Holocaust denial and antisemitism. The question is enabling speech, rather than suppressing speech here. You don't have to issue the invitation.