In 2005, Stephen Mills created a dance based on the life of Holocaust survivor Naomi Warren. The work would grow into a community-wide endeavor known as Light / The Holocaust & Humanity Project. A collaboration of artists, institutions, and educators, the work has had far-reaching effects on both audiences and creators. 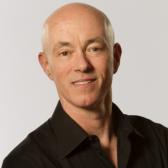 In 2005, Stephen Mills created a dance based on the life of Holocaust survivor Naomi Warren. The work would grow into a community-wide endeavor known as Light / The Holocaust & Humanity Project. A collaboration of artists, institutions, and educators, the work has had far-reaching effects on both audiences and creators.

STEPHEN MILLS:
I really had to just let go of the idea that I was telling the story of the Holocaust. You know…impossible. But I think that art has a way of explaining things in ways that words sometimes get in the way of.

ALEISA FISHMAN:
In 2005, Stephen Mills, the artistic director of Ballet Austin, created a dance based on the life of Holocaust survivor Naomi Warren. The work would grow into a community-wide endeavor known as Light / The Holocaust & Humanity Project (external link). A collaboration of artists, institutions, and educators, the work has had far-reaching effects on both audiences and creators.

Welcome to Voices on Antisemitism, a podcast series from the United States Holocaust Memorial Museum made possible by generous support from the Elizabeth and Oliver Stanton Foundation. I'm Aleisa Fishman. Every month, we invite a guest to reflect about the many ways that antisemitism and hatred influence our world today. From Austin, Texas, here's Stephen Mills.

STEPHEN MILLS:
I had very little education or experience with the Holocaust, certainly had never met a survivor. I came from a very small town in Kentucky and most of the education was about America's role in World War II, and very little discussion of the Shoah. So I had very little knowledge of that period, and was really reticent to do this work. I was, as an artist, looking for…after the events of 9/11, I was looking for something to make sense of all of that. And someone suggested that the Holocaust might be my way in to understanding. And I thought it was a really bad idea. But my friend suggested that I meet Naomi Warren, who had survived three different camps, including Auschwitz-Birkenau, Bergen-Belsen, and Ravensbrück. And I was sitting in a room, my very first experience meeting a survivor, and the thing that popped out at me much larger than anything else was that here's a woman, a complete stranger, sharing with me, a complete stranger, the most graphic, pivotal, profound period of her life. And why was she doing that? So, at the end of the conversation, she just laid it out for me. And she just said that, as citizens it's our responsibility to call out prejudice and bigotry and hatred where we see it. And as an artist, I have a platform to speak; I have a craft; I have an audience. And that not only should I do the work, but it was really my responsibility as a citizen to do the work. And so that's really the way the project came about.

Light / The Holocaust and Humanity Project began as a dance work around the story of one survivor, but quickly grew to encompass lectures and art exhibits and teacher training, all in an effort to engage our community in a broader discussion about genocide in general, as well as human rights. So, my goal was to have as many ways to interact with this information as was possible. And because of that, I felt it was important to situate the dance outside of the 1940s. I wanted to situate it in the present day so that people are able to draw meaning from it in lots of different ways. I think, when you receive information through a metaphor, it reaches into a place more deeply than just your brain; it reaches into your soul. And I think that dance has a way of doing that.

My commitment to this project was that anybody that was involved with the project, any dancer, stage crew, fundraiser—our entire team—went through a series of educational sessions on World War II, the Shoah, post-Shoah, and people had varying degrees of knowledge. And then the dancers received a trunk of books from the Holocaust Museum Houston. And so they developed their own book clubs and reading clubs and conversation groups. And as we started to make the dance, it was clear that we were working on something different. And in order to be successful, in order to tell the story we wanted to tell, in order to affect people in the way we wanted, it was really going to be important to work with a heightened sense of responsibility, and it was clear that people were in it…had found a personal connection to it. I think also for the dancers, of course they learned about the history, but they also learned so much about themselves and about their place in the world and I think that's so valuable. You know, we're always being told "make art relevant." And I always felt that art was important. But now I've been able to prove it to myself.