Maud Mandel is a professor of history and Judaic studies, as well as the Dean of the College at Brown University. She wrote a book called Muslims and Jews in France: History of a Conflict, and here she offers some context for the January 2015 shootings in Paris, at the offices of the satirical magazine Charlie Hebdo and at a kosher supermarket. 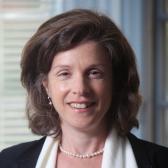 Maud Mandel is a professor of history and Judaic studies, as well as the Dean of the College at Brown University. She wrote a book called Muslims and Jews in France: History of a Conflict, and here she offers some context for the January 2015 shootings in Paris, at the offices of the satirical magazine Charlie Hebdo and at a kosher supermarket.

MAUD MANDEL:
We often like simple explanations for things that are very complicated. So, why don’t Muslims and Jews get along in France? Because of the Middle East, and therefore they are destined to hate each other. And even if it’s true, that you could say that all French Jews side with Israel in all matters and all Muslims are pro-Palestinian, which, by the way, I think is a vast oversimplification of the reality, but even if you could say that that was true, you’d be hard-pressed to explain much of what’s going on through that. Because, after all, people are more than one-dimensional caricatures.

ALEISA FISHMAN:
Maud Mandel is a professor of history and Judaic studies, as well as the Dean of the College at Brown University. She wrote a book called Muslims and Jews in France: History of a Conflict, and here she offers some context for the January 2015 shootings in Paris, at the offices of the satirical magazine Charlie Hebdo and at a kosher supermarket.

Welcome to Voices on Antisemitism, a podcast series from the United States Holocaust Memorial Museum made possible by generous support from the Elizabeth and Oliver Stanton Foundation. I’m Aleisa Fishman. Every month, we invite a guest to reflect about the many ways that antisemitism and hatred influence our world today. From her office at Brown University, here’s Maud Mandel.

MAUD MANDEL:
There’s a long history of racism in Europe. Obviously one very important component of that is an antisemitic tendency dating back for a long time in European history, that many people are these days very well aware of. People are, I think, sometimes less aware of the long history of what some call now Islamophobia, dating back in European history as well. Typically, these forms of racism have often been studied as separate phenomenon, but in recent years we’ve started to think of them as not only stemming from some similar kinds of sources, but actually having a direct impact on each other. Studying antisemitism without also thinking about Islamophobia, distorts our perspective or our image on what’s happening. So, for example, after the attacks on Charlie Hebdo and on the kosher grocery store in France, Islamophobia in France spiked, so there was a rise in attacks on mosques and graffiti and violence. There were also antisemitic incidents in Germany. So, these things become both transnational, but they also have an impact on each other, and they are entwined.

Muslim and Jewish conflict is not new to France, but actually a lot of this relationship was forged in colonial North Africa. When France decolonized, particularly in Algeria, essentially the entire Algerian Jewish population, all of whom had French citizenship, when they got to France, integrated, not without difficulty but still as French citizens, so all the access to resources and support that citizens would have. Muslims, in contrast, integrated as immigrants. So what you essentially had…you have two indigenous Algerian populations, Jewish and Muslim, one that has been accepted as European, and one that has not. And it’s really this backdrop that sets up the relationship in France, because both populations often live in the same neighborhoods, very often quite convivially, good relationships with their neighbors. After all, they often shared more in common than what distanced them. But when you’re talking about two very different kinds of socio and economic pathways, the opportunities for connection and overlap diminish. So, structural inequities were really built into this. And then you wind the intricacies of disagreements over the Middle East into some of this, and it can get very heated over time.

I don’t mean to say that there’s a kind of conscious focus on these issues when we talk about contemporary divisions between Muslims and Jews, but what I am saying is, the way inequity gets built into how people see each other then frames the choices going forward.

I sometimes think that the media simplifies the story of Muslims and Jews into a story of polarization—of two homogenous populations pitted against each other—that misses both the diversity in each population and also the complexity of human relationships across that division.

When we talk today about Muslim-Jewish conflict, it’s a shorthand. But of course most Muslims and most Jews in France are not in conflict with each other. And, of course, there’s an example of this in the kosher grocery store attack as well, where the great hero of the story is the Muslim laborer in the grocery store who hid some of the Jewish shoppers and saved their lives. So we want to remember those stories, too, or the story of the Muslim policeman who was killed defending Charlie Hebdo, as a member of the French administration. The people who carried out the horrific attacks in the Charlie Hebdo case and in the case of the kosher butcher store are part of a global terrorist network that has emerged for very particular reasons in very recent years. And I do think that gets a little lost sometimes in our media conversations about this topic.

There was a riot in the neighborhood of Belleville, in France, in 1968. Belleville was a mixed-immigrant neighborhood, where large numbers of Algerian Muslim immigrants and Tunisian Jewish immigrants lived very closely. And there was a riot—for lots and lots of reasons—that was characterized in the press at the time as the Middle East coming to France. But what was really interesting if you drill down in the detail of the riot, what you discover is it broke out over a card game, where Muslims and Jews were playing cards with each other in a café and they got in a fight over the results. And then that did lead—I mean there was interethnic conflict, so I don’t mean to diminish that part of the story—but what the media coverage missed entirely was that there were people playing cards together, who had to be at least on friendly terms, right? And in the erasure of it, the representation of conflict then becomes the narrative that I think people even start to believe about themselves. They start to think, “Well, this must be the story.” And how does then our focus on conflict end up making conflict?