After reporting on extremism for many years, Mark Potok decided to move from journalism to activism. Today, he directs the Southern Poverty Law Center's Intelligence Project, which tracks hate groups in the United States. 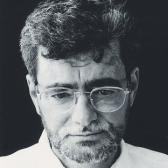 After reporting on extremism for many years, Mark Potok decided to move from journalism to activism. Today, he directs the Southern Poverty Law Center's Intelligence Project, which tracks hate groups in the United States.

MARK POTOK:
There has been a significant and steady growth in hate groups in America in the last six years. These groups are really quite tiny, and the total number of people involved in them is very small.

But at the same time, the groups have an effect, I think, that is quite a bit more significant than their numbers would suggest. In other words, what we see a lot of is propaganda that begins in hate groups, but that makes its way out into the mainstream through a variety of channels and ultimately, at least in the worst cases, really affects political debate in this country.

DANIEL GREENE:
On April 19, 1995, a bomb exploded at the Alfred P. Murrah Federal Building in Oklahoma City, killing 168 people including 19 children. Mark Potok, then a journalist for USA Today, was among the first to report on the terrorist action, engineered by members of an anti-government militia. Though he had covered many tragedies as a reporter, Potok's experience in Oklahoma motivated him to shift from journalism to activism. Today, as director of the Southern Poverty Law Center’s Intelligence Project, Potok tracks extremist activity throughout the United States.

Welcome to Voices on Antisemitism, a free podcast series of the United States Holocaust Memorial Museum. I'm Daniel Greene. Every other week, we invite a guest to reflect about the many ways that antisemitism and hatred influence our world today. From the Southern Poverty Law Center in Montgomery, Alabama, here’s Mark Potok.

MARK POTOK:
It is quite amazing to see the way the propaganda of these essentially tiny little groups can really infect political discourse. People are angry. They don't know quite who to blame for the way the world is changing. They think to themselves, "This is not the country or the world that my forefathers built." You know, must be the fault of those people who are moving in down the block who don't look like me—kind of a classic sort of scapegoating. You know, if one looks at the anti-immigration movement today, it is astounding the things that are said by mainstream people.

You know, we have national politicians right now walking around this country talking about how illegal aliens are, quote "coming here to kill me, and kill you, and kill our families" unquote. And there are a remarkable number of people, some of them in pulpits, many of them in national political positions, who are quite willing to uncritically repeat this stuff. And so there is a lot of anger and resentment, kind of unfocused resentment.

Perhaps the most important thing for me in coming to this work was actually being in Oklahoma City the day that bomb went off. I was based in Dallas and managed to get a flight out immediately and actually arrived in downtown Oklahoma City while the Murrah Building was still on fire. And it was in many ways, for me, a life-changing experience. You know, I was a veteran reporter. I had interviewed just countless, you know, people who had lost their children, widows who'd seen their husbands killed, all kinds of things. But I have to say that Oklahoma City affected me more and in a different way than anything I had ever done before. That was very likely because after a long time of trying to have a child, my wife and I had adopted a beautiful young boy, at birth, exactly nine months before. My son was born, his ninth-month birthday, in fact, was April 19, 1995, the day the bomb went off. You know, there was something about those children being killed in the daycare center that was extremely hard to take. I think every person in Oklahoma City felt it. It sounds clichéd, but I will say that being there, it was an extremely emotional experience, and it made me want to do something. I wanted to do real political work, and I saw increasingly this movement as genuinely dangerous.

I have talked to many militia members about Oklahoma City, and the response typically of these people is, "It's not true." So you say to someone in this movement, "My God, look at Oklahoma City—168 people murdered, including 19 small children. How can you be associated with a movement that does things like that?"

And the response is, "The militia movement had nothing whatsoever to do with the Oklahoma City bombing. Bill Clinton carried it out. It was all a conspiracy."

You know, the idea, in their minds, is that the building was blown up, all those people were murdered, in order to so frighten Americans that they would accept Draconian quote unquote "new world order" anti-terrorism legislation.

And you see very much the same things in other arenas as well. If you say to a straight-up neo-Nazi, "My God, how can you be associated with a movement that is responsible for the murder of six million Jews and many tens of millions of other people?" Their response is, "Germany was absolutely fighting for what was right. It's false about the Jews. They were attacked by their brothers, and Hitler was a great man, standing up for all that's right in the world."

You know, we try very strongly to use facts in order to battle the distortions of these groups and the echoes of those distortions in the larger mainstream political discourse. But it's not very possible to have a real conversation with these people because you are always deflected by conspiracy theories.

Antisemitism is quite central to the ideology of these groups. I think that as a practical matter, especially in this country, which historically has had lower levels of antisemitism than most European countries, Holocaust denial has been absolutely critical to growing the movement. However, it's seen quite cynically by many of the people in the movement. In other words, what you will frequently hear out of neo-Nazi groups like the Aryan Nations was, "The Jews lie, of course; there never was a Holocaust. But by the way, if there was, it's a good thing anyway and there ought to be another one coming." They claim it didn't happen, but they really like the idea and essentially promote it themselves.

I think the classic antisemitic stereotypes work very well in a lot of ways for that kind of generalized resentment. You know, it's this idea of "the Jew" as a person who is a sort of stateless, cosmopolitan person who has quite other interests at heart than the interests of the society in which he or she lives. You know, these are people who are married only to their financial interests. They care nothing for the kind of heart and soul of the real people, the kind of natives of whatever country it is we're talking about.

But more and more the large majority of hate groups in this country have essentially been Nazified. In other words, more and more and more of these groups, I would argue a real majority of them, say, "Yes, we hate black people. Yes, we hate brown people. We're not fond of gay people. But behind them all lies the Jew." You know, the sort of clever, manipulating Jew who is kind of running these people, these various other groups, especially racial groups, as part of some kind of campaign to weaken the quote unquote "host society," to destroy, you know, what's seen as a white Christian country, certainly in the United States.