In examining how the New York Times could have missed—or dismissed—the significance of the annihilation of Europe's Jews, Laurel Leff found many universal lessons for contemporary journalists. 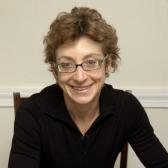 In examining how the New York Times could have missed—or dismissed—the significance of the annihilation of Europe's Jews, Laurel Leff found many universal lessons for contemporary journalists.

LAUREL LEFF
To find the stories about what was happening to the Jews of Europe would have taken work and effort that I don't think most Americans were willing to make about a foreign minority group.

I mean this was happening to some group that was very distant and very different and in order for them to care about it, I think it needed to be brought to their attentions.

It is a little too easy to say they didn't know. On the other hand, I think it is a journalistic responsibility to call important events to readers' attention.

DANIEL GREENE:
In her book Buried by The Times, journalist and professor Laurel Leff asks how the New York Times could have missed—or dismissed—the significance of the annihilation of Europe's Jews. In studying this history and its consequences, Leff found many universal lessons for contemporary journalists.

Welcome to Voices on Antisemitism, a free podcast series of the United States Holocaust Memorial Museum made possible by generous support from the Oliver and Elizabeth Stanton Foundation. I'm Daniel Greene. Every other week, we invite a guest to reflect about the many ways that antisemitism and hatred influence our world today. Here's Northeastern University Professor of Journalism, Laurel Leff.

LAUREL LEFF:
In Buried by The Times, what I did was I looked at the New York Times coverage of the Holocaust.

And what I found was that the New York Times actually during the war—which would be September 1st, 1939, to May 1945—published 1,186 stories about what we would now describe as the Holocaust.

But what I also found was that almost all of those stories were inside the newspaper. I only found six front-page stories that were about the extermination and that clearly identified Jews as the primary victims.

There's no doubt in my mind as a journalist that there were lots of opportunities over the six-year period to decide this is a story worthy of the front page.

I mean there weren't in the newspapers, as you might expect, these heart-wrenching accounts of people who were living their lives in Düsseldorf or whatever, and then found themselves in the Lodz ghetto, and then found themselves being shipped to a concentration camp. I mean those kinds of tales that would have humanized, which would have moved from the level of millions of people killed, or bodies, to really something that would grab people and make them at least come closer to understanding, was not something that was reported in the 1940s.

It also then begins to help us understand to some extent why there wasn't more reaction by the American government, because if you could look at your front page of the New York Times every day, which Roosevelt did, and not see stories about the Holocaust day after day after day, it became a lot easier not to have a government policy to try and save those Jews.

I think the importance of looking at the Holocaust by looking at one newspaper's coverage of it at the time is that it continues this ongoing task—and I think it's actually somewhat amazing that it is an ongoing task—but of establishing that during the time period, there was a great deal of information in the United States about what was happening.

You know, there was a story about Treblinka. And it described exactly what happened to Jews as they were herded into the gas chambers—first women and children, and then the men. And it's very detailed. And there is something about reading those kinds of very detailed accounts that you know are being published and, therefore, are known at the same time the events are happening, that changes the way that you view—and the way you should view—events.

This is not some secret government report that only people in the know have access to, and so it's only a few horrified bureaucrats who are getting this information, or a few activists at some Jewish organization. This is an account in the New York Times.

I think it is a journalist's responsibility to go out on a limb to get people to pay attention to a story about the murder of six million people.

When I wrote my book, I was really hoping that at the Times or elsewhere, I would find a hero—that there would be one person who was crusading, and even if he or she did not succeed, this would have been their mission during this period.

So the question is always: what do you fight about? what stories? what issues?