As a young man, Jeffrey Goldberg left the United States to join the Israeli Army. In a prison camp for Palestinians, Goldberg encountered situations that challenged his idealism. 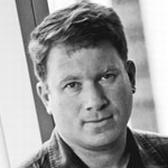 As a young man, Jeffrey Goldberg left the United States to join the Israeli Army. In a prison camp for Palestinians, Goldberg encountered situations that challenged his idealism.

JEFFREY GOLDBERG:
For a period in my life, I was the target of some schoolyard antisemitism. They would pitch pennies at me sometimes on the playground. They said it was a game called "Bend the Jew," which is, of course, based on the idea that a Jew will stoop to pick a penny.

It's funny because—you talk about the lasting impact of things that happen early in your lifetime—I won't bend down now to pick up a quarter.

So I think that it's true, and unfortunately it's true, to say that antisemites shaped my early Jewish identity. And I think I came to the ideas of Zionism through a very basic understanding, which is that Zionists said to themselves and said to their fellow Jews, "Look. When you get hit, you can hit back."

DANIEL GREENE:
As a young man, Jeffrey Goldberg left the United States to join the Israeli Army. When he was assigned to guard Palestinian rebels in a prison camp, Goldberg encountered situations that challenged his idealism. In his book, called Prisoners, Goldberg details his experiences at the camp, including his relationship with a Palestinian named Rafiq.

Welcome to Voices on Antisemitism, a free podcast series of the United States Holocaust Memorial Museum made possible by generous support from the Oliver and Elizabeth Stanton Foundation. I'm Daniel Greene. Every other week, we invite a guest to reflect about the many ways that antisemitism and hatred influence our world today. Here's journalist and author, Jeffrey Goldberg.

JEFFREY GOLDBERG:
In my self-conception I'm a militant Jew because I would have in my own life now zero tolerance for antisemitic behavior around me.

I think I was drawn to Israel—or drawn to the idea of collective Jewish self defense—because I did look at the Shoah, and I didn't come up with a philosophical response to it. I came up with a practical response: Well, it was a lot easier to kill the Jews because they wouldn't defend themselves. And a militant Jew is someone who looks at that experience and says, "No. That won't happen again."

I wanted to serve in the Israeli Army in part because I wanted to be one of those Jews who defends himself. I'm not saying that was motivated solely by what happened when I was 12 or 13, but I think that it explains a lot.

And so you're given a rifle, and a 20-year-old with a rifle—and it doesn't matter what culture—it's a very empowering thing, that rifle. And what happened over time was I began to see some of the ambivalence in having that rifle.

I learned that the hard way. It was 1989, 1990, the height really of the first Palestinian uprising, which was the rock-throwers and graffiti-artists and Molotov cocktail-throwing. And the job of the Israeli Army at the time was to suppress these rioters. It was grubby work, chasing kids and putting them in jail. So there was no outlet for these dreams of heroism.

And the second difficulty was watching some Jews—not all, not the majority I was with, but some—misuse their power. And that was part of the challenge of the restoration of Jews to power—was: how do Jews use it?

It doesn't mean you don't use power. I mean this is the line that I try to walk—and you hope that Israel and you hope that America is able to walk—which is: be conscious of the awesome power that you have and use it in a measured way.

Nothing that I saw in Israel in the army, nothing convinced me out of the idea that Jewish physical autonomy was the best and only appropriate response to the Jewish powerlessness that we saw in the Shoah.

And so I had, and still have, this war inside me between the parochial imperatives of protecting my tribe, of being loyal to my tribe, and the universalist pull—the belief system that says that we're all alike and we all deserve the same things and all want the same things.

And so I found a Middle Eastern prison obviously a challenging place to be.

So I tried relatively hard to have conversations with Palestinian prisoners. And there was a couple that I grew friendly with—it's hard to say "friend" in that context—but a couple I grew friendly with, including one named Rafiq. And I liked him because he seemed very analytical, very rational.

You know, most of the conversations never penetrate deeper than:

"No. You're entirely wrong."

With Rafiq it was different. He had some distance from the conflict, like I had in a kind of way, that allowed him to analyze the weaknesses of his own national movement and not just mine.

And so we became friends, again in a manner of speaking. And it's actually a friendship that's lasted until this day.

This is a moment in the book which takes place right after there had been a murder in the prison. And it really bothered me, so I wanted to talk to Rafiq about it. And I'll read from the book:

"A few days after the killing I proposed a scenario to Rafiq. 'Imagine that it is five years from now and you are a free man working in Jerusalem on a building site. You see me walking down the street. I’m in civilian clothing but you remember me as a soldier of the Israeli Army—the army that occupies your land and oppresses your people. Would you kill me if you had the chance?'

To which Rafiq replied, in Hebrew: 'Come on.'

Finally he said, 'Look. It wouldn't be personal.'"

The good news is that we did meet up later, and that he didn't kill me. So I got sort of an answer.

It took me a long time, by the way, to realize that the opposite was also true—that if I had to kill Rafiq it wouldnt be personal either. I'd regret it. But I was in the army. There could have been a situation that arose in which Rafiq was in my gunsights.

This is the argument that I have with myself. It's fine to have dialog groups and try to reach out across to the other side, but when push comes to shove, they're in one tribe and I'm in another tribe. And my tribe has tribal goals and his tribe has tribal goals. And the tribal will trump the personal. And that's what's happened and what consistently happens in the Middle East.

Rafiq is interesting, because I know what he stands for. I know that he's opposed to Israel. I know that he, in the right conditions, would live side-by-side with Israel, but I know that we're on opposite sides.

On the other hand, I trust him. I would trust him babysitting my children. And some people find that odd, but it doesn't strike me as odd or unusual at all. He likes me. He likes my children. I like him. There's nothing political about that.

But that doesn't mean that on a different level we have existential issues to grapple with. I just write it off to the complexity of human relationships.