When he was only in his mid-twenties, Ilja Sichrovsky started the Muslim Jewish Conference to create a space for Muslims and Jews to discuss stereotypes, misconceptions, and issues that affect both communities. Sichrovsky says that real change begins with listening, and he encourages participants to surrender their talking points and soundbites. 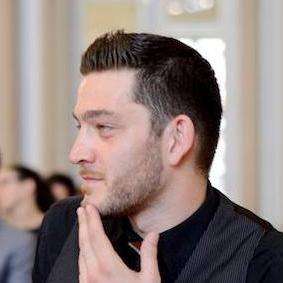 When he was only in his mid-twenties, Ilja Sichrovsky started the Muslim Jewish Conference to create a space for Muslims and Jews to discuss stereotypes, misconceptions, and issues that affect both communities. Sichrovsky says that real change begins with listening, and he encourages participants to surrender their talking points and soundbites.

ILJA SICHROVSKY:
I think it's very lonely nowadays to believe that cooperation amongst diverse groups of people can be something fruitful, can be something very positive. And often we feel marginalized in our own communities because the voices of the extreme are so mainstream by now. And I think the Muslim Jewish Conference simply gives a sense of community, a sense of family, where these voices can come together.

ALEISA FISHMAN:
When he was only in his mid-twenties, Ilja Sichrovsky started the Muslim Jewish Conference to create a space for Muslims and Jews to discuss stereotypes, misconceptions, and issues that affect both communities. Through social media and word of mouth, the conference has grown, attracting hundreds of applicants from dozens of countries. Sichrovsky says that real change begins with listening, and he encourages participants to surrender their talking points and soundbites.

Welcome to Voices on Antisemitism, a podcast series from the United States Holocaust Memorial Museum made possible by generous support from the Elizabeth and Oliver Stanton Foundation. I'm Aleisa Fishman. Every month, we invite a guest to reflect about the many ways that antisemitism and hatred influence our world today. From Vienna, here's Ilja Sichrovsky.

ILJA SICHROVSKY:
One of the things that we're very, very proud of is that we mix these groups. It's hard to find conferences where you actually have a normal student from Cairo University, who just wanted to really experience this conference, and on the other hand, somebody who is going to be the second or third most important person in his country in the next twenty years. We have about 300 applications every year, and most of the time, we do not really know where these people were informed about us—people from Iran, from Saudi Arabia, from Libya, from South Africa, or Canada. I mean, I think this is the power of social media and this is the power of young people spreading the word.

The amount of stereotyping, the amount of misconceptions and basically wrong information about the other side are so intense in both societies, both on the Jewish and the Muslim, that even the ones that we would consider moderate—as I considered myself before I started this work—have highly problematic views when it comes to the other side, and mostly generalizing. But the individual contact with that one person that becomes your friend, that has a name, that has a telephone number, which you call because you want to hear his voice again, which you couch crash with or, in the best-case scenario, even collaborate on a joint project idea—it will never be the case anymore that the entire group that this person belongs to can be painted as evil. And I think this is where friendship, personal friendship incorporation, for us seems to be really the biggest and most powerful tool to work against decades-long vilification of a whole group of people.

We're all taught to sell ourselves, all the time and constantly. It's something that my generation gets used to—it doesn't matter if it's in a personal relationship, or if it's about a job or an idea. And I think it needs an awareness or it needs a very concentrated effort to stop this, to stop selling your own talking points. There is a culture of sound bites, and the more catchy your sound bite the better your point of view seems to be right now. And I think coming together in a situation where you have to step out of your own personal comfort zone is something scary. And people try to feel more comfortable by going back to these often-practiced forms of selling yourself when you're in a situation, which is uncomfortable. And making people aware of that fact, this is really one of the first important steps to listen, to actually listen, what the other one has to say.

The reason that I am alive today is basically interfaith relations. My grandfather fled as a Jew from Austria and was saved by a German soldier, and my grandmother fled from Prague and was saved by a Christian priest. And I think what really inspired me is this importance of a single human being, who decided that it was the right time to do the right thing. That's what saved both of my grandparents and that's the reason I'm alive today, and not the money, the wealth, the titles or the respect that my family was able to gather within Austria for hundreds of years before that, which really was useless at the time when it mattered. The only thing that was of use was individuals who maybe didn't change the war or weren't courageous enough to desert. But for a small second at that day, decided they will do the right thing. And probably there have been a lot of these people around history who changed very important things without anybody knowing it. And if we can create a few of those in our lifetime, I think we did something right.