Gregory Gordon helped to prosecute the landmark "media" cases in Rwanda–where hate speech, broadcast over the radio, was directly linked to the genocide of the Tutsi people. Gordon believes that the lessons learned in Rwanda could be applied in Iran and elsewhere, to prevent these incitement tactics from taking hold. 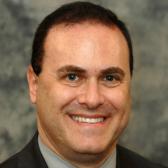 Gregory Gordon helped to prosecute the landmark "media" cases in Rwanda–where hate speech, broadcast over the radio, was directly linked to the genocide of the Tutsi people. Gordon believes that the lessons learned in Rwanda could be applied in Iran and elsewhere, to prevent these incitement tactics from taking hold.

GREGORY GORDON:
I think it's important to let the world know that words kill; that they are an essential part of genocide. And that if you don't prosecute the purveyors of these horrible messages, then you will definitely be looking at another genocide down the road.

ALEISA FISHMAN:
As a lawyer, Gregory Gordon helped to prosecute the landmark "media" cases in Rwanda—where hate speech, broadcast over the radio, was directly linked to the genocide of the Tutsi people. As Director of the Center for Human Rights and Genocide Studies at the University of North Dakota, Gordon has written about the relationship between hate speech and genocide—including a recent article on the Iranian President's call to wipe Israel off the map. Gordon believes that the lessons learned in Rwanda could be applied in Iran and elsewhere, to prevent these incitement tactics from taking hold.

Welcome to Voices on Antisemitism, a podcast series from the United States Holocaust Memorial Museum made possible by generous support from the Oliver and Elizabeth Stanton Foundation. I'm your host, Aleisa Fishman. Every other week, we invite a guest to reflect about the many ways that antisemitism and hatred influence our world today. From Grand Forks, North Dakota, here's Professor Gregory Gordon.

GREGORY GORDON:
Experts have referred to stages of genocide. And, it is absolutely essential to dehumanize the victims. And you can do that through images. You can do that through words. The people become an entity by the time the perpetrators have finished doing their work. And after a while, the population becomes anesthetized to the idea of eliminating this foreign entity. The radio, the newspaper, media in general, can be used at various points. And it was used in that way in Nazi Germany. And it was used that way in Rwanda.

There was a radio station that people most associate with the Rwandan genocide known as RTLM, which was an extremist Hutu radio station that broadcast direct calls for people's murder. There were calls that gave information to people at roadblocks. There were broadcasts that accused Tutsis of wanting to do the very thing that the extremist Hutus were doing. And it had the effect of scaring the population and further inciting it to commit violence. And in the end, these broadcasts had a tremendous impact on ordinary Rwandans who were called on to do horrible things—to kill their neighbors, to hack them with machetes. And there was a certain amount of mental conditioning that had to take place before they would be willing or capable to do that. The radio was key to that.

The International Criminal Tribunal was called on to make a very serious distinction between what is speech, permissible free speech, and what is criminal incitement. Criminal incitement is not just a direct call in explicit terms to kill people. It rarely consists of that. It usually consists of more indirect calls that are understood by the listener as calls for killing or destruction. And we are told to look at the purpose, the text, the context, and the relationship between the speaker and the subject.

We don't want another genocide to take place. And I think from a truth-telling perspective, one of the important aspects of what the international criminal tribunals are doing is to make a record of what happened, so that future generations can study it. And when we see these red flags going up, when we see these warning signs, we have to act.