Floriane Hohenberg worked for many years for the Organization for Security and Co-operation in Europe on human rights and diversity issues and especially on antisemitism, racism, and xenophobia. Today, she helps governments to collect data and statistics on antisemitism and to develop teaching materials to confront it. 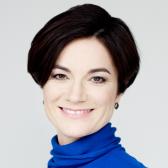 Floriane Hohenberg worked for many years for the Organization for Security and Co-operation in Europe on human rights and diversity issues and especially on antisemitism, racism, and xenophobia. Today, she helps governments to collect data and statistics on antisemitism and to develop teaching materials to confront it.

FLORIANE HOHENBERG:
Behind every number, behind those statistics, there is somebody or a group of people who have been attacked, who've been assaulted, who've been the victims of threats. And their story has to be told, because as we know, hate crimes have an impact beyond the person who was targeted. It's really spreading fear among the whole community.

ALEISA FISHMAN:
Floriane Hohenberg worked for many years for the Organization for Security and Co-operation in Europe on human rights and diversity issues and especially on antisemitism, racism, and xenophobia. Today, she helps governments to collect data and statistics on antisemitism and to develop teaching materials to confront it.

Welcome to Voices on Antisemitism, a podcast series from the United States Holocaust Memorial Museum made possible by generous support from the Elizabeth and Oliver Stanton Foundation. I'm Aleisa Fishman. Every month, we invite a guest to reflect about the many ways that antisemitism and hatred influence our world today. From Warsaw, here's Floriane Hohenberg.

FLORIANE HOHENBERG:
We have an issue of antisemitism in Europe. It's always been there. This manifests itself in direct threats, assaults, attacks, or degradation of property. It is very different from one country to the other. And it's very difficult to measure the extent of the problem, because the incidents are not reported and are not recorded properly by law enforcement. But what is clear is that the gravity of the incidents is worsening, so there is really an increase in violence in the nature of the incidents.

There are really very different reasons for antisemitism in Europe. What we see is generally an increase when we have a peak in the conflict in the Middle East. To give you an example, we had in the United Kingdom, in France, and in Germany, the number of incidents targeting Jewish communities has doubled in 2014 compared to 2013. At the same time, in Hungary, you have no increase of the number of recorded incidents, but you have a Jewish community that feels really increasingly at risk. Why? Because you have a government that actually condones a party that is openly antisemitic and xenophobic. So, these are very different situations, but the perceptions of the Jewish community, I think, are equally worrying.

It seems to me that one of the greatest factors for people to start acting upon their feelings of animosity is just the feeling that there will be impunity, that what they think and feel is actually condoned by public figures and political parties that do advocate for ideologies that are right-wing extremist. And the country I have in mind in this case is Hungary. The second aspect is when these individuals feel that whatever they do, there will be no sanctions: the communities will not report, the police will not investigate, and there will be no prosecution and no sentencing. That's why it's extremely important that governments send the message that hate crimes cannot be tolerated, that they say this at the highest level. And the second part is that they do what they say they will do. It means they empower the police, the law enforcement, to act swiftly and robustly when incidents take place.

I have a personal interest in this kind of work, because I am myself descending from a Jewish family. And when I was, I think, 15 years old, it was a bit after the desecration of the graves in the Jewish cemetery in Carpentras, which is a small town in the south of France. My grandparents were Jewish and decided, told us, that they didn't want to be buried in France, because they didn't want their grandchildren to have to see their graves desecrated and to have to clean up their graves. And they decided at the time that they would be buried in Israel. And for me as an adolescent, who had been born and raised in France, and gone to French school and really felt French, it was really a shock.

There are statistics, but they are not reliable, they're not comprehensive, and they are not comparable. But behind every figure, every number in these statistics, there is a crime and there is an offense, and that has a huge impact—not only on the victims, direct victims themselves, but on whole families and communities and friends and neighbors. And these antisemitic hate crimes deliver a very simple message. It's: "You don't belong here. Get out." And I think it works; it really instills fear in people. I have seen it. So, I think in the end, we cannot quantify everything, and here there is a huge job that really needs to be done still by governments. But every hate crime has a huge impact, and the damage is so huge, that each and every crime has to be prevented if possible and has to be addressed with the force of the law.