Errol Morris makes documentaries that investigate the past, focusing on small details and questioning why people do what they do. In his film Mr. Death, Morris looks closely at Fred Leuchter, an engineer who became an expert witness to Holocaust deniers. 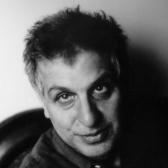 Errol Morris makes documentaries that investigate the past, focusing on small details and questioning why people do what they do. In his film Mr. Death, Morris looks closely at Fred Leuchter, an engineer who became an expert witness to Holocaust deniers.

ERROL MORRIS:
I felt confronted by a mystery. I mean there is a mystery at the heart of the Holocaust. We have come up with so many diverse answers but if we're honest with ourselves that mystery still remains—transporting innocent women, children, elderly people across the face of Europe to kill them. The enormity of it, the weirdness of it remains. Perhaps it's due to the fact that we all live in this fantasy world about who we are and the nature of our species. We like to think of our species as not being inherently depraved, murderous and alas that might just simply be self-deception on our parts.

DANIEL GREENE:
Errol Morris makes documentary films that investigate and deconstruct the past. Morris pursues truth in these films, focusing on small details and questioning why people do the things that they do. In his 1999 film, Mr. Death, Morris looks closely at Fred Leuchter, an engineer who became an expert witness to Holocaust deniers.

Welcome to Voices on Antisemitism, a free podcast series of the United States Holocaust Memorial Museum. I'm Daniel Greene. Every other week, we invite a guest to reflect about the many ways that antisemitism and hatred influence our world today. Here's filmmaker Errol Morris.

I don't know who is familiar with this movie that I made—Mr. Death—but I had become fascinated by this local engineer, Fred Leuchter. He had become famous, infamous, however you want to describe it, as a designer of execution equipment. And then he was hired by a number of Holocaust deniers to go to Auschwitz to do supposedly an independent examination. And he went there, he chipped mortar and brick from the walls of the gas chambers, sent the samples to a reputable lab, issued a report known as the Leuchter Report, and concluded that poison gas had never been used at Auschwitz.

You know, I was interested in...say Leuchter makes these claims can we independently just show these claims to be false? And guess what? We can. They are lacking any kind of merit whatsoever. He created a confusion about what he had done, and the nature of the samples, and what they possibly showed or didn't show.

The Germans made enormous efforts to cover their tracks, to obliterate, to destroy the historical record. But the one thing that we know about architecture is that it's premeditated. Buildings don't come out of nowhere. People make buildings, people plan buildings, people design buildings, people retrofit buildings. And in the case of the crematoria and the gas chambers at Auschwitz, there was a paper trail, and the paper trail in itself tells a remarkably powerful story about the Holocaust.

I still toss Leuchter around in my head. If you ask me do I know who this person is? I would have to say I don't. If you ask me do I think the Leuchter Report has any validity? I have no trouble answering that question, it has none. It's fake, pernicious, pseudoscience—nothing more. But you're talking to a guy, myself, who is deeply fascinated with why people do what they do.

And I find this guy, still find him, endlessly interesting. On some very obvious level, Fred Leuchter is an antisemite. How else would you describe somebody who puts out the Leuchter Report, who claims that poison gas wasn't used at Auschwitz, who slips very easily into talking about the non-existence of other events connected with the Holocaust on the basis of no information whatsoever. How else do you describe a man like this but to describe him as an antisemite? I found it interesting to try to ask the question: okay he's an antisemite, but what do we mean by that? What is, what does it mean? What does it mean when we talk about the Germans as being antisemitic? Were they all the same? What were the differences?

And of course the inevitable criticisms arose: "How dare you? How dare you make a movie about an antisemite, a Holocaust denier? Aren't you aiding and abetting, helping them to get out their message of racial hatred?"

But wait a second. What is the risk of empathy? Isn't it possible—here's the question—is it possible to empathize with someone who clearly has done just horrible, horrible, horrible things? And by empathy, I mean is it worth trying to understand them? Is our job just simply to reject them, to moralize about them, or is our job to try to understand what's going on here?

I think Holocaust denial, oddly enough, has helped us to understand the Holocaust far more deeply. Yes, their goal is to discredit all of this historical scholarship that shows incontrovertibly that the Holocaust happened. But it forced us to ask all kinds of deep and pertinent questions, like why are they saying what they are saying? Why are they doing this?

Anytime someone says something is false, particularly something that has overwhelming evidence behind it—someone says, you know, says the earth is flat; no one landed on the moon—it was done in a Hollywood studio; the Holocaust never happened. Ridiculous specious claims. But there's no claim so ridiculous, so specious, so contemptible, that one shouldn't think about it, the reasons for it, and, in the case of Leuchter, reply to it.

I should say in way of conclusion that part of as I conceive history is rediscovering history again and again and again and again. There is no historical subject so sacrosanct—and that includes the Holocaust—that it should not be examined, re-examined. History should never be considered as some kind of recitation of dead facts. It for all of us should be a process of endless discovery and rediscovery. Properly considered history is an investigation, a personal investigation as well as an investigation that involves many, many, many people. And as a Jew, as an American Jew, I think it's absolutely essential for us to understand history, and to look at history, and to think about history. Whether or not that can change anything, I certainly hope it can, but I am not convinced.