Dr. Michael Grodin has written about Nazi doctors and the ways patients were systematically dehumanized and tortured. He believes we need to beware of the subtle ways that medical ethics can be subverted in the name of research and public health. 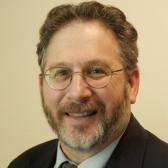 Dr. Michael Grodin has written about Nazi doctors and the ways patients were systematically dehumanized and tortured. He believes we need to beware of the subtle ways that medical ethics can be subverted in the name of research and public health.

MICHAEL GRODIN:
All medical ethics is really influenced by the Holocaust. The fact that physicians were involved in this horrendous atrocity will always be, I think, a shadow that makes us all worried and concerned. And I think we have to be constantly vigilant. We have to realize the great honor and privilege we've been given to care for people, and what that means.

ALEISA FISHMAN
Dr. Michael Grodin is Professor of Health Law, Bioethics, and Human Rights at the Boston University School of Public Health. He has written about the role of Nazi doctors during the Holocaust, and the ways patients were systematically dehumanized and tortured. Grodin believes we need to beware of the subtle ways that medical ethics can be subverted in the name of research and public health.

Welcome to Voices on Antisemitism, a podcast series from the United States Holocaust Memorial Museum made possible by generous support from the Elizabeth and Oliver Stanton Foundation. I'm Aleisa Fishman. Every month, we invite a guest to reflect about the many ways that antisemitism and hatred influence our world today. From his office in Boston, here's Dr. Michael Grodin.

MICHAEL GRODIN:
At the turn of the century, there was a recurrence of interest in social Darwinism and eugenics—the idea being that there are good heredity and bad heredity and that we need to get rid of the bad hereditary traits. And this was an international movement, actually, that was all around the world. In fact, the United States was very much in the forefront and the Nazis, at one point, actually said: "The U.S. is well ahead of us. We've got to get ahead." There was a perfect meshing of National Socialist ideology and the eugenics of the medical profession. The Nazis needed the physicians, if you will, to medicalize and sterilize and allow things to happen that otherwise might not have been able to happen, and the physicians needed the Nazis to carry out their eugenic program. And it began with sterilization of the mentally ill and the mentally retarded…"life, unworthy of life" quote, unquote. And then, from the sterilization programs moved to the child euthanasia programs. Child euthanasia programs moved to the adult euthanasia programs. And then some of the exact same doctors and nurses supervised the killing at the camps, and selected at the ramps and carried out human experimentation, and were intimately involved in all aspects of the Nazi regime. So racial-hygiene theory was really the idea that the state was the human being that they were treating. So they were no longer treating individuals but they were treating the state, and the Jews and gypsies and the mentally ill were the rotten appendix. In fact, Hitler was seen as Der Arzt der Volk, "the physician of the people."

Mostly right after the war and even to today, physicians don't want to talk about the Holocaust. They want to say that "then was then, now is now. They were Nazis and we're not." So they want to distance themselves. But I think that physicians have some characteristics that lend themselves to perhaps getting involved in atrocities. One is that they are experts at compartmentalization. Medicine has to repress violence on an ongoing basis. A lot of what we do in medicine to heal is we hurt people. And obviously, there's a justification for it, but the question is, a good justification or a bad justification? Physicians use science to objectify and use medical terminology to kind of justify, develop a set of metaphors and euphemisms just like the Nazis did. And then, I think, also, many physicians have kind of a narcissistic grandiosity, and they can get caught up in those ambitions. And so I think that's part of it. But the one thing that we do know—which is so, so important and what I teach in my Holocaust classes and what I teach the medical students—is that nothing was inevitable. Choices were made, and physicians were the ones who made those choices.

Physicians have an incredibly important role in society as healers and as observers of the human condition and on an ongoing, daily basis caring for and touching people at their most difficult time. And so I think that medicine has, historically, been seen with high esteem, as well as with great responsibility. I've cared for 34 years for Holocaust survivors, but I've also cared for survivors of torture and refugee trauma from 50 countries and there is a lot of parallels in all these regimes, where the governments want the doctors to be involved because it legitimizes. You bring the power and prestige of medicine; it says this is not a military or governmental policy, this is a medical policy, and therefore it must be okay. And so unfortunately, this abuse goes on. And every time one goes down the path of starting to dehumanize or starting to see the patient as an object—I'm not suggesting that one ends up in Nazi Germany—but one goes down a path. The Nazi doctors didn't all of a sudden become murderers. They went in small steps, and small steps led to bigger steps towards murder and genocide.