When Holocaust denier David Irving sued Deborah Lipstadt for libel in a British court, she experienced what she called "the world of difference between reading about antisemitism and hearing it up close and personal." 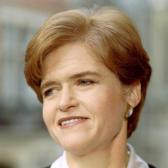 When Holocaust denier David Irving sued Deborah Lipstadt for libel in a British court, she experienced what she called "the world of difference between reading about antisemitism and hearing it up close and personal."

DEBORAH LIPSTADT:
Holocaust denial is a form of antisemitism. It is nothing but antisemitism. Because, if you think about it, the Holocaust has the dubious distinction of being the best-documented genocide in human history. So you have so much evidence from all sides, that you have to then ask, if all this evidence exists, why would these people deny? What is in it for them to deny? The only reason to deny the Holocaust is to inculcate and foster antisemitism.

DANIEL GREENE:
Even as she wrote a history of Holocaust denial, Deborah Lipstadt had encountered antisemitism in theory more than in practice. But when Holocaust denier David Irving sued Lipstadt for libel in a British court, she experienced what she called "the world of difference between reading about antisemitism and hearing it up close and personal." The three-month long trial, which drew international attention, thrust Lipstadt into the role of defendant and witness, casting a new light on the false arguments behind Holocaust denial.

Welcome to Voices on Antisemitism, a free podcast series of the United States Holocaust Memorial Museum. I'm Daniel Greene. Every other week, we invite a guest to reflect about the many ways that antisemitism and hatred influence our world today. Here's historian Deborah Lipstadt.

DEBORAH LIPSTADT:
In 1993, I published a book called Denying the Holocaust: The Growing Assault on Truth and Memory. In it I devoted maybe, in toto, a page to a man named David Irving, who was a writer of historical works, a British citizen. And, from 1988 on, he had been an outspoken Holocaust denier—that the Holocaust was a legend, that he's seen evidence that it never happened, etcetera, etcetera. So, I didn't think I was doing anything outrageous when I said the man is a Holocaust denier. He sued me for libel in England when the book appeared there. I was the defendant; I did not sue him. In any case, because this was a British case, I was forced to defend myself. So, if I had ignored it, he would have won by default, and, ipso facto, he could then have said that his version of the Holocaust was a legitimate version.

The trial lasted twelve weeks, and in the end we won a resounding victory. The judge found that every one of the claims David Irving made about the Holocaust was false. He used words like "travesty," "misleading," "untrue," "unfounded," "unjustified." It really was a devastating, devastating blow to Holocaust denial, demonstrating how there's—this is not a matter of opinion, that this is not a matter of two sides, but a matter of people outright lying about the history.

I had had the privilege, on some level, of defending the history of people who had suffered mightily and sometimes ultimately—the ultimate suffering, of course, their death—at the hands of the Germans and their allies. And, as David Irving had told the New York Times at one point, he had "taken me out of the line to be shot." And, I said that if someone had to take on this task, I was gratified to have been the one.

People can always sit silently by and just say you know, this doesn't have anything to do—my ox is not being gored, so I don't have to respond. But, I think that in the face of evil such as this, there is no neutrality—that to claim to be neutral is to participate in the evil. So, if you want to go down on record as helping the perpetrator, then you can stand silently by. But if you want to go down on record as having made a difference, as having stood up to evil, then I think prejudice has to be fought, and amongst those prejudices antisemitism has to be fought.