In 1996, David Pilgrim established the Jim Crow Museum at Ferris State University in Michigan. As the university's Chief Diversity Officer and a professor of sociology, one of Pilgrim's goals is to use objects of intolerance to teach about tolerance. 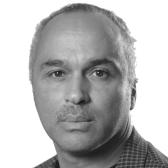 In 1996, David Pilgrim established the Jim Crow Museum at Ferris State University in Michigan. As the university's Chief Diversity Officer and a professor of sociology, one of Pilgrim's goals is to use objects of intolerance to teach about tolerance.

DAVID PILGRIM:
When you play games where the object is to hurt the other group, and when the songs that you sing validate that, when the cartoons and the commercials become central to a kind of one-group hegemony…you know, is it propaganda? Yes. And not only that, the most effective and sneaky form of propaganda.

ALEISA FISHMAN:
In 1996, David Pilgrim established the Jim Crow Museum at Ferris State University in Michigan. As the university's Chief Diversity Officer and a professor of sociology, one of Pilgrim's goals is to use objects of intolerance to teach people about tolerance.

Welcome to Voices on Antisemitism, a podcast series from the United States Holocaust Memorial Museum made possible by generous support from the Oliver and Elizabeth Stanton Foundation. I'm your host, Aleisa Fishman. Every other week, we invite a guest to reflect about the many ways that antisemitism and hatred influence our world today. From Big Rapids, Michigan, here's David Pilgrim.

DAVID PILGRIM:
The Jim Crow Museum is a collection of anti-black, civil rights, and segregation memorabilia. I was the original donor. People ask me, "When did you start collecting and why?" And I've always collected what I call "contemptible collectibles." I collected objects that I thought would demonstrate how those racist ideas permeated our culture. And so you would have an ashtray for example with an image of an African American in the middle of it with fire-red lips and wild, darting eyes and mismanaged hair, kind of a crazed look. But I hesitate to give you that characterization because there are so many caricatures of African Americans. So, for example, the so-called tragic mulatto imagery would look very different from the Tom or the Sambo or the mammy or the pickaninny. So it's a little bit disingenuous to describe a so-called typical piece, because there's just so many ways that the features, the physical features of African Americans are distorted on everyday objects.

If you had to come up with one word to describe the objects that we have and similar objects, that word would be propaganda. When I used to think of propaganda I thought of it as leaflets and posters. And then it hit me one day that an ashtray with a caricatured image of a member of an ethnic group can be as much propaganda as a leaflet or poster or print. And I think the most effective propaganda is when people don't realize that that is what is going on, when they think they're just playing a game or just using an ashtray. When you reduce hatred to game playing, you give a level of legitimacy to it that is mind boggling. So when you turn and you look at that detergent box or you look at that game, that toy, that ashtray—these everyday objects with a function—they become everyday ways to convince people that a racial hierarchy made sense.

You know, the hardest thing for me is to figure out how to present the material to people when they come in. What you discover is, is that people looking at the same thing come up with very, very, very different interpretations of what it is they're seeing. And so the one person when he looks at Little Black Sambo says, "You know, that's a cute, clever little boy. And reading that story just reminds me of wholesome, good times with my father, and oatmeal." And then someone else looks at that and they says, "Well, that reminds me of a vestige of segregation and slavery. And it hurts me."

So what we try to do is to get people talking. Now, why is that hard for me? It's hard for me because when people walk in there I want to tell them what they see. So when a person starts talking about "Oh, why should you be offended at that?" There's a part of me that wants to scream, "How could you not see the offense?" But I don't. And I've gotten much better over the years in finding where people are, trying to understand where they are, and then allowing people at different places and different points in their journey to explain where they are, and so you have meaningful dialogue. My fear is not that people won't think the way I do or agree with my values; it is that they won't talk about these things at all, that they'll just keep muddling along as if everything's fine.

I think that systematically disseminating information that defames and belittles others actually belittles and degrades our entire society. As corny and trite as that sounds, I think that antisemitism, racism, sexism, and homophobia…I think those things undermine democracy. I think they make of democracy a lie. I mean as long as we have these "us versus thems," and as long as people are hurt in our society and others think that's their problem, then we undermine this nation. So the trick is, is to figure out a way to get people that are not themselves directly hurt to believe that they are a part of the same "We." And that for me has been I guess the thrust of what it is I've spent my life trying to do; trying to make the "We" bigger.