In many of his novels, Serbian-Jewish author David Albahari challenges readers to re-examine history. Though widely published around the world, Albahari's work is not always popular in his native country, where antisemitism persists. 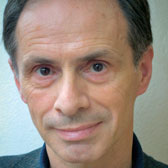 In many of his novels, Serbian-Jewish author David Albahari challenges readers to re-examine history. Though widely published around the world, Albahari's work is not always popular in his native country, where antisemitism persists.

DAVID ALBAHARI:
You must accept what really happened in history. You cannot deny the fact that some people collaborated with the Germans and that there was a Serbian special police with only one task, and that was to find and bring to the camp as many Jews as possible. I can understand that they are afraid that it will show Serbs in the bad light, but they gain nothing by hiding these things.

ALEISA FISHMAN:
In many of his novels, Serbian-Jewish author David Albahari challenges readers to re-examine history. Now living in Canada, Albahari often explores issues of nationalism, xenophobia, and antisemitism. His novel Götz and Meyer fictionalizes the lives of two Nazi soldiers responsible for gassing Serbian Jews in 1941 and 1942. Though widely published around the world, Albahari's work is not always popular in his native country, where antisemitism persists.

Welcome to Voices on Antisemitism, a podcast series from the United States Holocaust Memorial Museum made possible by generous support from the Elizabeth and Oliver Stanton Foundation. I'm Aleisa Fishman. Every month, we invite a guest to reflect about the many ways that antisemitism and hatred influence our world today. From Calgary, Canada, here's David Albahari.

DAVID ALBAHARI:
Well, Götz and Meyer is a novel that I wrote. And it is the story of the destruction of the Jewish community of Serbia in 1941 and 1942. For many years I thought that the Jews of Serbia were killed by a large number of those moving gas chambers. But it was actually only one truck; I discovered when I read carefully the history about the camp in Belgrade. And it was one truck, which was driven by Götz and Meyer. These are the real names of two Nazi soldiers, the drivers who switched the exhaust pipes on the truck, so the smoke from the gas would go into the chamber, the back of the truck. And that's how these people were killed.

Nazi soldiers killed almost all the men of the Jewish community. But women and children were all taken to the camp built on the old fairgrounds in Belgrade. In Serbian, it's called Staro Sajmište. That place is still visible in Belgrade, and actually for a number of years the Jewish communities of Yugoslavia, and especially Serbia, want to persuade the Serbian government to build some sort of a memorial there. But that's probably the last place in Europe which is still not made into a memorial to all those victims of the Nazi horror.

Anti-Jewish feelings are sometimes very strong in Serbia. You can simply be attacked or you might have some graffiti on your door or on the walls of your building. I mean I haven't been beaten up or anything like that just because I'm a Jew. But a number of times there were some really ugly remarks and comments published in the newspapers or magazines about my writing and about the writing of other Serbian writers of Jewish origin.

For me, it is important to write about these things, because I witnessed one moment when things changed in the former Yugoslavia. At the end of the '80s or beginning of the '90s, Yugoslavia was a communist country, and there were almost no instances of antisemitism there at all, because they controlled the publishing industry; they controlled the newspapers; they controlled media. But when the communist government disappeared, people thought that one way to show your freedom was to publish whatever you want. And one of the things they immediately began publishing were all those antisemitic books. So suddenly you could—on the radio, on public television, and in newspapers—you can suddenly read all those ugly things about Jews. It surprised me how almost overnight things changed. For me, it was a real sign of bad things and bad times that might be coming. So I thought then that as a writer I should never stop writing about these things.