Cornel West encourages us to acknowledge our prejudices, rather than to pretend that they don't exist. He says that we must then formulate strategies to move to a higher moral ground. 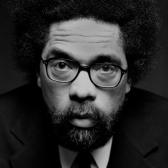 Cornel West encourages us to acknowledge our prejudices, rather than to pretend that they don't exist. He says that we must then formulate strategies to move to a higher moral ground.

CORNEL WEST:
I begin with the notion that we are all cracked vessels, meaning that as vanishing organisms in space and time, we have fears, insecurities, anxieties, sometimes even inner demons with which we all have to come to terms. And given that humanness of each and every one of us, we're all part of a certain family, community, society, culture, history, which is shot through with different forms of xenophobia. This is what, in part, human history has been. So the question is going to be: what kind of courage do we have to examine those prejudices that we do have in order to become more decent and compassionate human beings?

DANIEL GREENE:
In his many writings on racism and democracy, Princeton University professor Cornel West encourages us to acknowledge our prejudices, rather than to pretend that they don't exist. He says that we must then formulate strategies to move beyond prejudice and to a higher moral ground. Despite America's history of racism and prejudice, West remains hopeful about our continuing democratic experiment.

Welcome to Voices on Antisemitism, a free podcast series of the United States Holocaust Memorial Museum. I'm Daniel Greene. Every other week, we invite a guest to reflect about the many ways that antisemitism and hatred influence our world today. From the campus of Princeton University, here's Cornel West.

CORNEL WEST:
I think that the, I mean the history of Jewish brothers and sisters and black brothers and sisters in the United States is a complicated one. There's no doubt about it. I mean, you got the age of Europe, 1492 to 1945, where Jews actually are the degraded others. They are the internal exiles. They are the subjugated ones. 1492: expulsion of Jews from Spain. 1945: indescribable concentration camps in Germany, Poland, and other places. Meaning what? Meaning that you had this history of a hated people, a despised people, a subjugated people, an oppressed people.

Well, in the United States, black people constitute the symbol of the internal exile, of the degraded other. So you then, in the States, have the coming together of these two deeply despised, hated, and oppressed people, with their own paranoias, you know, with their own insecurities, but also with their own rich heritages. And you have to keep in mind, see, for black people that we, ourselves, in some way, make ourselves into modern American peoples, beneath American democracy by appropriating Hebrew scripture.

So that the understanding of what it means to be an oppressed people in an Egypt, making a covenant with a grand power that tells us to be kind to the weak, the vulnerable, and so forth, that you get this deeply Jewish dimension in black identity. In the very making of modern black peoples, there is a profound Jewish element.

But then you've got the actual interaction between Jews and black people on the ground in America. On the one sense, it's magnificent, of course, because you've got significant number of progressive Jews who talk about southern lynching as pogroms, who are in deep solidarity. And, of course, we don't have enough time to go into the unbelievable contributions of young Jews in the 1960s, who put their bodies on the line, not just time and energy, but their bodies on the line in terms of fighting American apartheid and white supremacy in the South, and so forth. On the other hand, of course, you have America as the place for unbelievable opportunity, possibility, unbelievable upward social mobility. And as you get a more bourgeois-ossified Jewry in America, as they begin to move from underdogs to middle dogs and upper middle dogs, and even a few top dogs at the top of American capitalist civilization, you begin to get more and more friction and tension. And it's understandable.

Part of the bourgeois-ossification of American Jewry has to do with the whitening of Jews in the eyes of those on the outside of the mainstream. There's no doubt about that. But I think on the other hand, even if some Jews do believe that they're white, I think that they're duped. I think that antisemitism has proven itself to be a powerful force in nearly every post of Western civilization where Christianity has a presence. And so even as a Christian, I say continually to my Jewish brothers and sisters: don't believe the hype about your full scale assimilation and integration into a mainstream. It only takes an event or two for a certain kind of anti-Jewish, antisemitic sensibility to surface in places that you would be surprised. But I'm just thoroughly convinced that America is not the promised land for Jewish brothers and sisters. A lot of Jewish brothers say, "No, that’s not true. We finally—yeah—they said that in Alexandria. You said that in Weimar Germany."

America is not the promised land. I do not believe there is a promised land for Jewish brothers and sisters given the history of antisemitism for the last 2000 years. There are better places. America is one of the best places, but the antisemitism is just beneath the surface. You see what I mean? And therefore those who are really vigilant, those like myself who are fundamentally committed to defending the humanity of Jewish brothers and sisters, no matter how popular or unpopular it is, that I am not going to believe the hype, even when I see Jews highly assimilated sometimes at high levels in American civilization believing they've been fully accepted by the Goyim. I just don't believe it.

Prejudices are always already there. You're never going to wipe them clean. If the criteria of progress is eradicating all prejudice, eradicating all racism, homophobia, antisemitism, and so forth, then we all may just give up and go to the crack house, because it’s just not going to happen. That's not the point. We can be better, much better.

I mean, with [Samuel] Beckett here, you know, you try again, fail again, fail better. And we know, we have examples of persons who are better. But we say to the pessimist, don’t just start with failure. Fail better. See the effort goes on. Agency is still at work. Intention is still at work. Possibility of progress. No paradise, progress still at work. So we need pessimists around. Don't get me wrong. I think pessimists are always quite useful. The problem is that they cannot constitute the last word. They’re the brook of fire through which we all must pass, but they can’t be the conclusion. Our conclusion must be actions, not a proposition, it’s action, which is a praxis, a way of life that recognizes the pessimist challenge, but also recognizes that for the sake of our own precious children of all colors, we can attempt to be better.


DANIEL GREENE:
Voices on Antisemitism is a free podcast series of the United States Holocaust Memorial Museum. Join us every other week to hear a new perspective on the continuing threat of antisemitism in our world today. We would appreciate your feedback on this series. Please visit our website, www.ushmm.org.