In 1992, Alexandra Zapruder began to collect diaries written by children during the Holocaust. These diaries speak eloquently of both hope and despair. 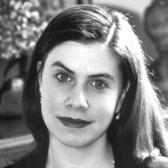 In 1992, Alexandra Zapruder began to collect diaries written by children during the Holocaust. These diaries speak eloquently of both hope and despair.

ALEXANDRA ZAPRUDER:
You know Anne Frank's diary was the first diary that was published. And her voice was so powerful that it captured the voices of all the children and all the people who had been killed. That's the way it's framed. And that by reading her diary and sort of taking her into our hearts, we could redeem her life. And it never rung true to me.

And I had these diaries. I had this cache in a way of primary sources, each of which kept saying to me: "That's not we're about. You know, we're not about the triumph of the human spirit. We're about something else, which is as simple as a mark in the world."

DANIEL GREENE:
In 1992, Alexandra Zapruder began to collect diaries written by children during the Holocaust. The diaries presented in her book, Salvaged Pages, show the wide range of young writers' responses to the horrors they faced. These diaries speak eloquently of both hope and despair.

Welcome to Voices on Antisemitism, a free podcast series of the United States Holocaust Memorial Museum made possible by generous support from the Oliver and Elizabeth Stanton Foundation. I'm Daniel Greene. Every other week, we invite a guest to reflect about the many ways that antisemitism and hatred influence our world today. Here's editor of Salvaged Pages, Alexandra Zapruder.

ALEXANDRA ZAPRUDER:
This is a great entry—June the 11th, 1944. Anonymous boy writing in Lodz ghetto.

"I go on dreaming, dreaming, about survival and about getting fame, in order to be able to tell 'the world'. . . to tell and 'rebuke,' 'to tell and to protest,' both seem at [the] present moment remote and unbelievable—but who knows maybe, perhaps. I dream about telling to humanity but should I be able? Should Shakespeare be able? And what yet I who am only a little proud of understanding Shakespeare?!"

I just- I love that entry. It's so- his recognition of his limits, or human limits, you know, in light of his circumstances are so potent. And he's writing about the horror around him.

"Indeed! to kill so pointlessly, to continue to fight this hopeless battle, can only be done by these disgusting, sordid, perverted, devoid of all human feelings, slow-witted, melancholy Prussians! Vampires, sharks, pirates, buccaneers, thugs—to what kind of incomprehensible predatory species do you belong?"

You know, Anne Frank sort of became a saint. And in many ways this diary is a perfect counterpart to Anne Frank's diary, because it doesn’t have this saintly quality to it at all.

Anne Frank is portrayed as a hopeful person, and her hope for her survival and her hope for humanity is a moral good. You know, we as human beings are hopeful and when we fail to hope we are somehow betraying our best selves. And what I found in these diaries was that everyone wants to have hope in a desperate situation. But the failure of hope, or the inability to have hope—despair, which is it's counterpart—is a part of suffering.

This is an anonymous girl in Lodz ghetto. This is Thursday, March 5th, 1942.

"Winter is back. A freezing wind is blowing. The deportations have stopped for a while, but only for a couple of days, because there are no wagons for the deported people. The hunger keeps getting worse. . . . In the morning I stopped at the vegetable cooperative. They give three kilograms of beets for one ration card. But can you call them beets? They're just manure. They stink and evaporate, and what's more, they have been frozen a few times. . . . I have nothing for dinner. All day I was looking for something. In the evening, at last, I bought half a kilogram of rye flour for twenty reichmarks. You need thousands, millions, to buy anything. Life is impossible."

Not a sort of complacent celebration of humanity's ability to be positive, but rather the understanding that here is a person who is experiencing a tremendously dark moment in life, when it's a loss of the belief that things might turn out for the best.

There are two kinds of hope in these diaries. One is the most common, and that is hope for individual survival—the hope that the circumstances in the writer's life are going to turn out for the best, that he or she and his or her family are going to survive.

But then there's another kind of hope that I only learned about this because of this diary entry that I'm going to read.

This is by a young woman named Elsa Binder, who wrote in Stanislawow ghetto. This is Friday, January 30th, 1942.

"When fear crawls out in the evenings from all four corners, when the winter storm raging outside tells you it is winter, and that it is difficult to live in the winter, when my soul trembles at the sight of distant fantasies, I shiver and say one word with every heartbeat, every pulse, every piece of my soul—liberation. In such moments it hardly matters where it is going to come from and who will bring it, so long as it's faster and comes sooner. Doubts are growing in my soul. Quiet! Blessed be he who brings good news, no matter from where, no matter to . . . where. Time, go ahead. Time, which carries liberation and its unknown tomorrow; . . . maybe not for me, but for people like me. The result is certain. Down with any doubts. Everything comes to an end. Spring will come."

And that to me is about this other kind of hope. That is not hope for herself and her own family, but hope for the world, this dream, this faith ultimately, that the world will right itself.

These young writers, they vacillate between hope and despair, and they struggle for hope, and they look for reasons to have hope. You know, is that an act of courage? Yes, I think it is.