< Holocaust Denial and Antisemitism in Iran

Iran During World War II and the Holocaust 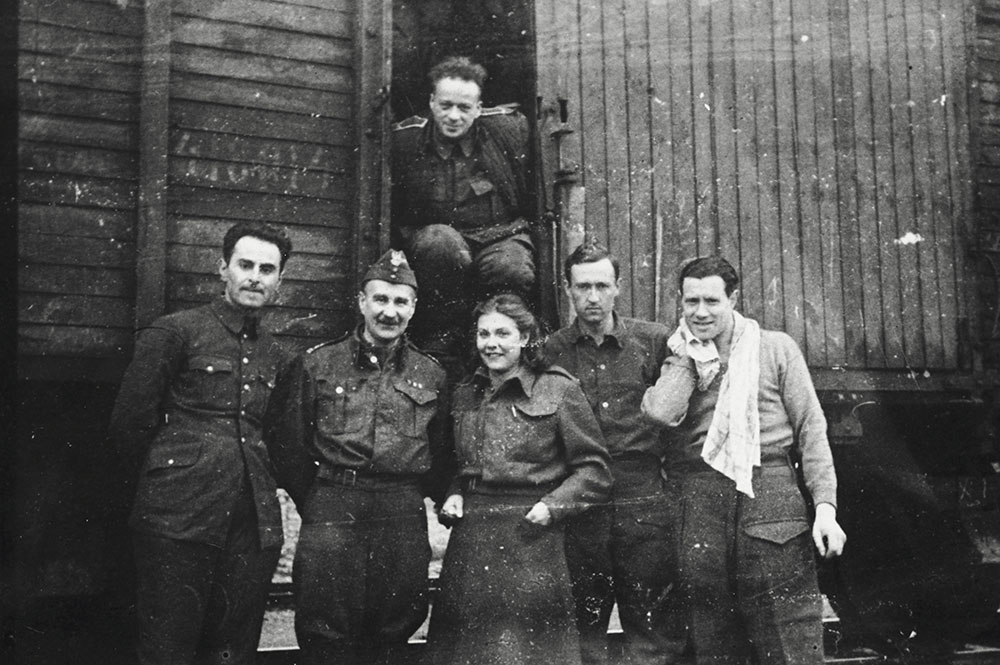 Six members of the Anders Army pose in front of a railcar prior to their departure for Iran. Krasnovodsk, Soviet Union, February 21, 1942. —US Holocaust Memorial Museum, courtesy of Dr. Joan Ringelheim

The impact of World War II on Iran was devastating. Iranian neutrality was ignored and the country lost its de facto independence to occupying forces. British and Soviet authorities dominated the use of major roadways and the Trans-Iranian Railroad for their own purposes, and sequestered and deployed Iranian manpower and equipment for the war effort. With few resources left for farming, combined with a bad harvest in 1942 and an enormous influx of European refugees, famine spread and many people died, writes Kenneth Pollack in The Persian Puzzle. Instability within the political and social arenas grew, and the economy suffered.

Read more about Iran during World War II in our Holocaust Encyclopedia or download a printer-friendly version of the article (PDF).

Starting in 1942, the port city of Pahlevi (now known as Anzali) became the main landing point for Polish refugees coming into Iran from the Soviet Union, receiving up to 2,500 refugees per day. Polish general Wladyslaw Anders evacuated 74,000 Polish troops, including approximately 41,000 civilians, many of them children, to Iran. In total, over 116,000 refugees were relocated to Iran. Approximately 5,000–6,000 of the Polish refugees were Jewish.

Read more about Polish refugees in Iran during World War II in our Holocaust Encyclopedia or download a printer-friendly version of the article (PDF).