Susannah Heschel is inspired by the lasting friendship between her father, Rabbi Abraham Joshua Heschel, and Martin Luther King. Heschel's own scholarly writings examine the way religious doctrine has been twisted to achieve ideological ends. 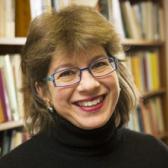 Susannah Heschel is inspired by the lasting friendship between her father, Rabbi Abraham Joshua Heschel, and Martin Luther King. Heschel's own scholarly writings examine the way religious doctrine has been twisted to achieve ideological ends.

SUSANNAH HESCHEL:
Let me begin by saying that my father, Rabbi Abraham Joshua Heschel, was involved in the Civil Rights movement in the '60s and worked very closely with Dr. King. I think what was important about Dr. King and my father was that they both held out a vision of what we could become to remind ourselves what is possible for a human being to achieve.

DANIEL GREENE:
Susannah Heschel remembers vividly the day in March 1965 when she watched her father leave for Selma, Alabama, to march with Martin Luther King. Selma marked one of the turning points of the Civil Rights movement. Following the march, Rabbi Heschel famously wrote, "I felt my legs were praying." Today, his daughter is inspired by the way both her father and Dr. King were able to translate their ideologies into action for positive change.

Welcome to Voices on Antisemitism, a free podcast series of the United States Holocaust Memorial Museum. I'm Daniel Greene. Every other week, we invite a guest to reflect about the many ways that antisemitism and hatred influence our world today. Here's Dartmouth College Professor of Religion, Susannah Heschel.

SUSANNAH HESCHEL:
Selma is a place that I think every American should visit. My father had been there with Dr. King in the front lines, and the transformation that's possible, the turn of heart, I think that was extraordinary.

People today need heroes, but they also need examples of friendships. And that was a wonderful friendship, my father and Dr. King. It's had a kind of symbolic meaning for a lot of people, within the Jewish community and the African-American community. It's a symbol of hope. It's a symbol of how two people from such very different backgrounds can come together and find a bond, a bond that for them was based on the Bible, and especially the Prophets, and work together and help one another.

DANIEL GREENE:
Much like her father, Susannah Heschel's own career as a scholar has been inspired by the relationship between ideology and action. She has investigated the ways that a group of Christian theologians in Germany, including some who were sympathetic with the Nazi Party, have twisted religious doctrine to fit their own ideological ends. Heschel explains that these theologians ultimately recast Jesus' history in a way that divided communities and encouraged hatred of Jews.

SUSANNAH HESCHEL:
The question of the Jewishness of Jesus is something that I've studied now in two books, in the context of nineteenth-century Germany and then also the Nazi period. In my first book, I looked at the ways in which Jewish historians tried to counter Christian anti-Judaism, by arguing that in fact Jesus was a Jew who drew most of his ideas from the Judaism of his day, that his teachings were no different from other rabbis of his day—Jesus himself is called a rabbi in the Gospels—so that the faith of Jesus was Judaism.

Now, Christians, by this point, 2007, have no problem with an argument like that, but in the 1860s and '70s, they were worried about what was left that was original about Jesus. If Christianity is supposed to represent the faith of Jesus, if Jesus is somehow the first Christian, well then they have a problem, because the first Christian was actually a Jew. So then what is Christianity?

And that problem of Jesus' originality and uniqueness led to a real scramble among Christian theologians to try to figure out some way of "rescuing" Jesus from this kind of historical contextualization that was being undertaken by Jewish scholars. Some of those Christian theologians turned to racial theory, to argue that Jesus' teachings might not be different from those of Judaism, but racially Jesus was no Jew at all. Some of them said he was in fact an Aryan.

And the book that I've just finished, that's coming out, called The Aryan Jesus: Christians, Nazis and the Bible, describes the establishment of an antisemitic propaganda institute called "The Institute for the Study and Eradication of Jewish Influence in German Church Life." These were theologians, professors of theology, at German universities, bishops, pastors, who tried to remove everything Jewish from Christianity. That meant, for one thing, removing the Old Testament, which they claim was a Jewish book, removing positive references to Jews and anything Jewish. They published their own version of the New Testament, and they also published their own version of the hymnal, which again was purged of Hebrew words such as "hallelujah." This is an institute that did very well in Nazi Germany. And the people who ran the institute, who were active in it, retained their positions within the Church after 1945. Some of them in fact received distinguished honors from the West German and the East German churches, and from the government, after the war.

Hitler presented himself as a savior figure, and Christians saw him as a savior figure. They tried to write the history of Germany after the model of the Gospels. The way some of these Protestant theologians were reading the New Testament was to say that Jesus in a sense prefigured Hitler. That is, Jesus came to destroy Judaism, put an end to it. And instead, he fell as victim to the Jews. They killed him. Now, they said, Hitler is trying to do what Jesus tried to do. Hitler is going to achieve it, though, he is going to destroy Judaism, and in that way he's going to fulfill the mission of Jesus. These theologians presented themselves as fighting on the spiritual battlefield, giving Germans the spiritual weapons that they needed for the fight against Judaism.

We have to understand that certain images stand in a long historical tradition of antisemitic stereotypes about Jews, and therefore they have a power derived from that long history. But second, we have to understand the political function in each setting of the particular antisemitism that's being articulated. So antisemitism has a history and it also has a function, and both need to be understood if we can begin to do something about it.