Sayana Ser was born in Cambodia in 1981, two years after the fall of dictator Pol Pot. Today, Ser works to help her country heal from that genocide. As part of that effort, Ser decided to translate The Diary of Anne Frank into her native language of Khmer. 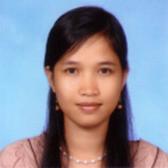 Sayana Ser was born in Cambodia in 1981, two years after the fall of dictator Pol Pot. Today, Ser works to help her country heal from that genocide. As part of that effort, Ser decided to translate The Diary of Anne Frank into her native language of Khmer.

SAYANA SER:
We like people to know that genocide did not only happen in Cambodia. It could happen everywhere in the world. So people should look beyond, should see further, should learn from others.

ALEISA FISHMAN:
Sayana Ser was born in Cambodia in 1981, two years after the fall of dictator Pol Pot. She has no personal memory of the brutal regime, known as the Khmer Rouge, when nearly 2 million Cambodians were killed. But today, Ser works to help her country heal from that genocide. As part of that effort, Ser decided to translate The Diary of Anne Frank into her native language of Khmer.

Welcome to Voices on Antisemitism, a podcast series from the United States Holocaust Memorial Museum made possible by generous support from the Oliver and Elizabeth Stanton Foundation. I'm your host, Aleisa Fishman. Every other week, we invite a guest to reflect about the many ways that antisemitism and hatred influence our world today. From Phnom Penh, Cambodia, here's Sayana Ser.

SAYANA SER:
In 2002, I started to translate the Anne Frank diary because I think that it's important for the Cambodian people to use the book as a way to express their feelings and to learn from the book about other countries, about other genocide that happened in other places, not only in Cambodia.

We want to teach them about their own history and about the Holocaust, because I think if they know that genocide has happened in other places, they would not feel like they are the only ones that suffered. But also, they should feel that they have to try to learn from others to prevent genocide from happening again.

I have picked a passage that I like. [speaking in Khmer] She says that braveness and happiness is what the people need the most. I like that passage because some people live in despair, like the survivors of Cambodia. They live in depression because they lost their families and some have no courage to move on. And we want to give them the message of Anne Frank's diary and also want them to have courage.

When I was translating the book, I put myself like if I were Anne Frank, it must be very terrible to live in hiding. And because this book tells a lot of things, it's a way to understand about discrimination. And the book has encouraged a lot; some also started writing their own diaries. It's not a culture, Cambodian, writing your own diary, but the book can show the way for the reader to express their feelings. Not only that, I think the book is playing an important role for everybody, to learn about compassion, about humankind. And giving hope for the future, and the continuing and the moving on.