Monika Schwarz-Friesel is a professor of linguistics at the Technical University Berlin. Her recent study---conducted with historian Yehuda Reinharz of Brandeis University---examines thousands of recent letters and emails sent to the Central Council of Jews in Germany and to the Israeli Embassy in Berlin. Their research reveals a surprising level of antisemitism among educated Germans. 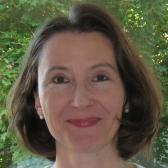 Monika Schwarz-Friesel is a professor of linguistics at the Technical University Berlin. Her recent study---conducted with historian Yehuda Reinharz of Brandeis University---examines thousands of recent letters and emails sent to the Central Council of Jews in Germany and to the Israeli Embassy in Berlin. Their research reveals a surprising level of antisemitism among educated Germans.

MONIKA SCHWARZ-FRIESEL:
In spite of all the efforts to erase antisemitism from modern German society, in spite of socially tabooing, in spite of even legally banning, it proves to be very enduring and persistent, even with educated people

ALEISA FISHMAN:
Monika Schwarz-Friesel is a professor of general linguistics at the Technical University Berlin. Her recent study---with historian Yehuda Reinharz of Brandeis University---examines thousands of letters and emails sent since 2002 to the Central Council of Jews in Germany and to the Israeli Embassy in Berlin. Their research reveals a surprising level of antisemitism among educated Germans.

Welcome to Voices on Antisemitism, a podcast series from the United States Holocaust Memorial Museum made possible by generous support from the Elizabeth and Oliver Stanton Foundation. I'm Aleisa Fishman. Every month, we invite a guest to reflect about the many ways that antisemitism and hatred influence our world today. From Berlin, here's Monika Schwarz-Friesel.

MONIKA SCHWARZ-FRIESEL:
Regarding antisemitism, language has always played a crucial role in constructing, in evoking, and in reinforcing hatred and biases against Jews. So ten years ago, when I noticed a significant increase of verbal antisemitism in the German discourse, I started to do research in detail on how Jew-hatred is actually articulated in the twenty-first century. We analyzed more than 10,000 letters and emails, which were sent to the Central Council of Jews in Germany and to the Israeli Embassy in Berlin. We looked at the words which were used; we looked at the phrases; we looked at the syntactical constructions according to cognitive linguistics methods, but mainly we looked at the stereotypes which were invoked in those texts: greedy Jews, arrogant Jews, blood-libel theory, all kinds of lexemes which we have seen and heard in Nazi propaganda. For instance, they asked the Central Council of Jews, "Don't you people have any human feelings at all?"

It's a common belief that antisemitism today is primarily found with right-wing extremists, but only three percent of the writers came from the right-wing extremist edges of society and more than sixty percent of the writers came from the so-called middle of society; we had teachers and university professors; we had lawyers and doctors. And they always began their emails and letters with a phrase like, "I'm not a racist. I'm a good person. I regret what has happened in the Holocaust but…." And in the following lines after this "but," they produced all kinds of classical antisemitic stereotypes.

You know, some of them are not even aware, I think, because people are used to articulating antisemitic stereotypes. And by the use of certain linguistic patterns, Jew hatred is preserved along the ages, and it is part, actually, of the collective mind of our society. The Holocaust didn't start with the gas chambers of Auschwitz. It started with words. It started with a lethal ideology, an ideology that was communicated through language for hundreds of years.

When we started to do this research, we had in mind of course all the time that the Holocaust was initiated and carried out by Germans. And so we thought that Germans should be very, very cautious when it comes to hate speech against Jews and Judaism and the Jewish State of Israel. But we ourselves as researchers were deeply shocked about the results we got from the analysis of these texts. And we always thought, "How…why didn't people learn anything from the Holocaust?"

But ordinary Germans are still poisoned with a hatred that goes back 2,000 years, and they are not aware of that. Many, many, many people in Germany really think that antisemitism is a historical phenomenon that stopped after World War II. But I got all kinds of very nasty emails myself. I can do some research on the letters sent to me by now.