Although there is not a single Jewish person living in the area British Member of Parliament John Mann represents, he believes it absolutely proper that he serves as chair of the British Parliamentary Committee Against Antisemitism. 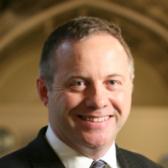 Although there is not a single Jewish person living in the area British Member of Parliament John Mann represents, he believes it absolutely proper that he serves as chair of the British Parliamentary Committee Against Antisemitism.

JOHN MANN:
The Jewish community is the canary in the cage for all of us, because the racists will never just stop with abusing the Jews. Once they've abused the Jews, if they feel they can get away with that, they'll move on to another section of society, and then another, and another. And history has repeatedly proven that, first the Jews then the rest. But whether it's antisemitism or any other form of racism, it requires the majority to fight against it and not to leave it to the minority who are the ones who are on the receiving end of that racism.

ALEISA FISHMAN:
British Member of Parliament John Mann describes himself as representative of the community he serves in Bassetlaw, England: white, secular, and primarily working class. Despite the fact that there is not a single Jewish person among his constituents—or perhaps because of that fact—Mann believes it absolutely proper that he serves as chair of the British Parliamentary Committee Against Antisemitism.

Welcome to Voices on Antisemitism, a podcast series from the United States Holocaust Memorial Museum made possible by generous support from the Oliver and Elizabeth Stanton Foundation. I'm your host, Aleisa Fishman. Every other week, we invite a guest to reflect about the many ways that antisemitism and hatred influence our world today. From London, here's John Mann.

JOHN MANN:
What the Parliamentary Committee Against Antisemitism attempts to do is to challenge antisemitism wherever we find it, starting first and foremost inside the British Parliament. A good example of antisemitic discourse is a Member of Parliament equating the actions of the Israeli government with those of the Nazis. Clearly it's perfectly legitimate to agree or disagree with the Israeli government, and to do so vociferously. But the equating of the Israeli government with "Nazi" adds nothing to the debate whatsoever, and is deliberately calculated, either through ignorance or through prejudice, to create offense. And that's precisely the language that we challenged then and we challenge now.

Antisemitism changes its format and its impact changes from year to year. And therefore it's not really relevant to pick particular countries and say these are the ones with the problems. Because often the countries that are most honest about challenging the problems are the ones that get the most publicity. And Britain's a good example of that. Britain has been very up-front in identifying the problem and my committee has been a key part of that. That doesn't mean that we've got a bigger problem. It means that we've assessed the problem more accurately.

When you're dealing with racism it's always the case that the community directly affected has to take the lead. But it's also appropriate that other communities should be in the vanguard of fighting racism. And that goes with antisemitism. This is a problem for all of us. And that’s why my committee has a large majority of non-Jews in its active membership. And that’s how it should be. It's right and proper that we stand up and fight antisemitism wherever we see it. But it's also in our vested self-interest to do so. Because eventually if we build the world based on conspiracy and xenophobia, that world will turn in on all of us. And so it's our duty to fight it. And if we don't do so as the political leaders, then we're not doing our job properly.