Jeremy Waldron calls the topic of hate speech a “hardy perennial” and one we must continue to revisit. In his book The Harm in Hate Speech, Waldron examines First Amendment legal protections and considers the damage inflicted on society by hate speech. 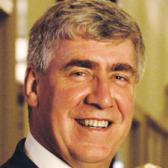 Jeremy Waldron calls the topic of hate speech a “hardy perennial” and one we must continue to revisit. In his book The Harm in Hate Speech, Waldron examines First Amendment legal protections and considers the damage inflicted on society by hate speech.

JEREMY WALDRON:
There is something honorable in the United States about bending over backwards to allow speech in the country to be as free as possible. But we do recognize at the extremity that there is danger that society does need to pay attention to in certain forms of speech. And the argument is simply about where those lines should be drawn.

ALEISA FISHMAN:
New York University law professor Jeremy Waldron calls the topic of hate speech a "hardy perennial" and one we must continue to revisit. In his book The Harm in Hate Speech, Waldron examines First Amendment legal protections and considers the damage inflicted on society by hate speech.

Welcome to Voices on Antisemitism, a podcast series from the United States Holocaust Memorial Museum made possible by generous support from the Elizabeth and Oliver Stanton Foundation. I'm Aleisa Fishman. Every month, we invite a guest to reflect about the many ways that antisemitism and hatred influence our world today. From Oxford, England, here's Jeremy Waldron.

JEREMY WALDRON:
If you consider just the elementary legal definition of hate speech, it's a use of language that is intended to defame or stir up contempt or hatred against a particular section of the population. So hate speech is…it's not so much the hate that motivates it, it's the hate that it attempts to stir up. And what it attempts to do is to undermine any sense that there is in a society of society being inclusive towards a group in question.

And I think it is important for people to understand that the impact of the speech—both on the social environment and on the members of the targeted group—is very severe; it's not just a matter of people being thin-skinned. When an African American sees a cross burning, the burning cross doesn't just say, "You are not welcome." It reawakens memories of racial terrorism and the sort of active violence that used to characterize parts of the United States. And similarly, antisemitic hate speech reawakens nightmares of a horrendously familiar sort. So this doesn't take place in a vacuum. And I think it's quite important for people to understand that this is not a game, that this is serious stuff and the damage done is quite serious, even if we are reluctant to confront it legally.

There's a quotation often attributed to Voltaire, who is one of the great philosophers of the French Enlightenment. When he heard that the book of a friend of his had been burned by the authorities, he's supposed to have said, "I disagree with what you say, but I will defend to the death your right to say it." We know now that there's no evidence whatever that Voltaire said such a thing, but it expresses an interesting attitude, a sort of a ferocious attitude in favor of free speech: I will defend to the death! And for a politically free society, something like that has to be in place. We want to hear voices of all sorts. It's just that if we say the speech is likely to poison the social environment, but I will defend to the death the right of people to say it. Or the speech is going to undermine the elementary reputation and the basic social standing of vulnerable individuals, but I will defend to the death your right to say it. It becomes less plausible the more detail you give on that side. And there's one other thing about the so-called Voltaire quotation, it very much takes up the perspective of the spectator. And the quotation leaves out of the equation the views, the impact upon the group that the speech is targeted at. So when I see a racist pamphlet—I mean I'm a big white man—I don't feel threatened. I may dislike it. And I may say, "I will defend to the death your right to say it." But I might have a different perspective on it if I was a member of a minority racial group who was trying to make a life for himself in this society and his family and had to live that life under the shadow of this defamation.

I believe it's unlikely that people will either pass or uphold hate speech laws in the United States in the foreseeable future. But that doesn't mean to say that it's wrong to understand the point of such laws, because we need to understand those cases where we differ from our sister democracies around the world. In Canada, in almost all the European countries, in India, in Australia and New Zealand, these democracies have such laws. The idea of such laws tends to be controversial wherever they're discussed. But even if hate speech is not prohibited, it's certainly an evil. I mean, the First Amendment doesn't make the problem of damage to the environment of social inclusion; it doesn't make that damage go away. The First Amendment doesn't make it any easier for a Muslim man to walk with his children past a sign saying: "They are All Called Osama." So even if we propose not to legislate against it, it's all the more incumbent on people to condemn that speech. Sometimes people say, I think in a relatively silly way, "Well, that's your opinion and you're entitled to it," and therefore we can't criticize it. But the fact that there's a First Amendment protection in the United States, makes it all the more important that there be informal social criticism.