Ilan Stavans has long thought of himself as an outsider, first as a Jew growing up in Mexico and now as a Mexican living in America. 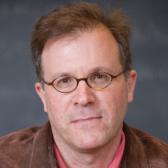 Ilan Stavans has long thought of himself as an outsider, first as a Jew growing up in Mexico and now as a Mexican living in America.

ILAN STAVANS:
We felt that it was time to no longer simply be the recipient of the stereotypes that had been bestowed on us. There was a pride, a feeling of commitment to not being pushed around, not being toyed with, not being any more the nineteenth century, malleable, pitiful Diaspora Jew.

DANIEL GREENE:
As a teenager growing up in Mexico, Ilan Stavans joined a group called Bitakhon, which trained young Jews to defend themselves against antisemitic assaults. The experience defined his view of himself as an outsider. Stavans still thinks of himself as an outsider and as a wanderer—first as a Jew living in Mexico and now as a Mexican living in America—and he wonders whether it might be important for Jews to retain a memory of wandering.

Welcome to Voices on Antisemitism, a free podcast series of the United States Holocaust Memorial Museum made possible by generous support from the Oliver and Elizabeth Stanton Foundation. I'm Daniel Greene. Every other week, we invite a guest to reflect about the many ways that antisemitism and hatred influence our world today. From Amherst College, here's Professor Ilan Stavans.

ILAN STAVANS:
I grew up in Mexico, in the 1960s and 1970s. The community at the time, the Jewish community, because of its size, it was vulnerable.

We Jews, who arrived at the end of the nineteenth century or in the early parts of the twentieth century, were already thrown into this machinery of stereotypes that had begun before our arrival, from the time of the Inquisition and during the Colonial period—Jews: money-lenders; Jews: Christ-killers. And the community felt itself a target of all sorts of mostly verbal attacks that came from the media and maybe certain political groups.

Not knowing exactly how to react the community organized itself in a way that attempted to find tools of defense for any violence that would emerge.

In my particular case, I was involved in this group Bitakhon in the 1970s. We would come together at night and we would be trained in a variety of ways to be able to defend the community of all sorts of eventualities that could take place. Sometimes they would simply be going and erasing antisemitic graffiti. In others, it would be a little more physical, where we would confront somebody who had confronted a member of the community.

For a person like me, a Diaspora Jew, a descendent from Eastern European, Yiddish speaking immigrants to Mexico, the idea of having an army of such, a secret army, was at once empowering and frightening.

We mostly were trained in terms of physical exercises, to fight with our own hands, to be able to jump, to be able to hide—nothing much more sophisticated than that and that is one of the reasons why I look at it with the sense of futility, that maybe it didn't have, at that particular point. We thought that, well, we were being trained, we were being empowered and we could do something.

But could we really do something? Or was this really more a psychological rather than a militaristic strategy that the community took?

In any event, in retrospect, the time that I spent in Bitakhon, that experience really formed my views as a Diaspora Jew, as an immigrant, as a person who is an outsider. I look back at those years and at that particular experience as sobering and defining.

The Mexican Jewish community is a community of immigrants in more than the simple, traditional sense of the word because there was the mentality, the frame of mind of having arrived but never quite having landed. We were there. We were welcomed. We were grateful to Mexico, to its culture, to its people, but we were different. We looked different. We acted different. We had different last names. We ate different food.

The suitcase is the proof that you carry with yourself your belongings, even when you're staying put. That, in many ways, the memory that you have of the place into which you were born and where you live is packable, is transferable, and it's temporary. That no matter how long you stay in that place, your roots are never too deep.

I was born an immigrant even before I became an immigrant. I was the grandchild of immigrants and eventually, just like my grandparents, who had arrived from Poland and from the Ukraine to Mexico, I chose to leave Mexico and to come to the United States, but I chose to come here and retain my uniqueness as a minority.

I am grateful to this country. I feel involved and committed to it. But it is that aspect of Jewish Diaspora life, the transient, the globe-trotting, the geographical wanderer that remains in me.

And I have some nostalgia or desire to see my kids experience what I did experience as a child in Mexico—the feeling of being and not being accepted at the same time.

They would gain the sense that the concept of nation is a modern one, is a transient one and we, as Jews, might live in the United States today. Tomorrow, in the next country, just the way we lived in Babylon or in the Roman Empire or in the Byzantium or in Poland or in Spain, but that we will go to the next country because it is not about our immediate surrounding but about time traveling.