Ian Buruma says that freedom of speech must be protected. Unless words can be proven to incite violence, he believes in safeguarding what he calls our freedom to offend. 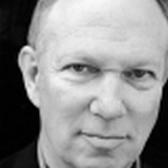 Ian Buruma says that freedom of speech must be protected. Unless words can be proven to incite violence, he believes in safeguarding what he calls our freedom to offend.

DANIEL GREENE:
Journalist Ian Buruma says that freedom of speech—even hateful speech—must be protected. Unless words can be proven to incite violence, Buruma believes we must safeguard what he refers to as our freedom to offend.

Welcome to Voices on Antisemitism, a free podcast series of the United States Holocaust Memorial Museum made possible by generous support from the Oliver and Elizabeth Stanton Foundation. I'm Daniel Greene. Every other week, we invite a guest to reflect about the many ways that antisemitism and hatred influence our world today. Here's Bard College Professor of Journalism, Ian Buruma.

IAN BURUMA:
If you can show that an opinion can cause violence because of stirring up hatred, then it does break the law. But I think most opinions don't really fall into that category.

There are certain words which we don't use if we want to be civilized. But what I'm against is policing opinions.

For example, I'm not at all in favor of laws such as they exist in many European countries that make it illegal to cast doubt on the Holocaust. I think it's an idiotic opinion, but I think people should be free to express it just as people are free to ridicule it and so on. If you make it illegal, you can make martyrs out of people who are not worth even that term.

I think that the link between propaganda and its consequences can only be really assessed on a case by case basis. It's very difficult to make a general statement about it.

If you take the case of Rwanda, for example—where a particular radio station not only stirred up hatred and violence, but it was actually telling people where their victims were hiding and directly inciting murder—I think the people responsible for that kind of propaganda were killers really.

And just because people keep their own hands clean does not exempt them. I mean, after all, Hitler himself never pulled out anybody's fingernails either, but he was certainly responsible for mass murder.

So I think there are cases where opinions voiced, language used, if you can show that it did lead—and was meant to lead—to actual violence, then that is highly culpable.

I think the only way to really find the borderline between stirring up violence and hatred and simply voicing opinions that some people might find offensive is indeed a legal one. I don't see any other way.

I'm very wary of elected or self-elected representatives of communities who go around policing works of art, plays, books, use of language and so on which they construe as impermissible. The danger I think of vulnerable minorities represented by people who go around looking for offense and slights is that the real problems faced by such minorities are no longer discussed. People simply go silent and the first victims of that are the minorities themselves.

Why we should care about not becoming zealots on this and banning speech and opinions left and right is precisely because you want to be free to say things that others might possibly find offensive as well.

The other thing is that especially delicate subjects, things that people feel strongly about—social issues, political issues and so on—have to be discussed rationally.