A student of both historical and contemporary Islam, Hillel Fradkin takes a long view in searching for reasons why Jews are at the center of radical Islam's view of the West. 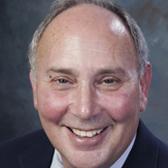 A student of both historical and contemporary Islam, Hillel Fradkin takes a long view in searching for reasons why Jews are at the center of radical Islam's view of the West.

HILLEL FRADKIN:
Scapegoats have a common utility, where you can put on the blame on others. But what's not always appreciated when that term is used is that the important thing is not to put the blame on yourself.

DANIEL GREENE:
Hillel Fradkin directs the Center on Islam, Democracy and the Future of the Muslim World at the Hudson Institute in Washington, DC. A scholar of both historical and contemporary Islam, Fradkin takes a long view in searching for reasons why Jews are at the center of radical Islam's view of the West.

Welcome to Voices on Antisemitism, a free podcast series of the United States Holocaust Memorial Museum made possible by generous support from the Oliver and Elizabeth Stanton Foundation. I'm Daniel Greene. Every other week, we invite a guest to reflect about the many ways that antisemitism and hatred influence our world today. Here's Hudson Institute Senior Fellow, Hillel Fradkin.

HILLEL FRADKIN:
For very long periods within Muslim history, Jews were a tolerated minority, which depended in my opinion at least partially on the fact that the Jews were, relatively speaking, insignificant in the world.

What really seems strange in the present context is that the Jews have come back into history. And this seems, I think, particularly galling and almost unintelligible to people.

And since it has to be made somehow intelligible, the net result is that people are drawn to the most bizarre, outrageous, and dangerous conspiracy theories, according to which Jews can leverage their power in fantastic ways because they control financial institutions, political institutions, and so forth. Of course there's an old literature that also had these kinds of notions about Jewish power. But this has now been embraced, I think, within the Muslim world as an explanation for how the Jews can be still around and have a flourishing state.

And there's another factor involved in antisemitism generally and that is what comes under the heading, so to speak, of scapegoat.

Antisemitism functions in many environments as a means by which people can avoid thinking about their own situation, and their own responsibility for that situation, and what it would actually take to change it.

Hence in the current situation, the notion that somehow the Jews are responsible for this and that—and are extraordinarily powerful to boot—means the mess people themselves are in is not their fault, and also, and importantly, not something they can do anything about.

It is a very psychologically gratifying thing. Wherever people find it difficult to face their situation and do something about it, it's convenient to find some cause outside of them, which is both responsible and makes it impossible for them to do anything.

I belong to a generation that was born immediately after World War II. I was born in 1947. And I can honestly say that I was very much aware of prior antisemitism. I grew up in a place in New York where there were people who had survived concentration camps. But it seemed something of the past. And it seemed something of the past precisely because of the Holocaust, that somehow the Holocaust had simply ruled this out of bounds.

But then antisemitism reemerged. And I've watched it grow ever since. And I don't see the end of it in sight.

And in the past few years it seems to me to have gotten actually worse.

Antisemitism is this wonderful elixir. And I'm not exactly sure how this particular thing called antisemitism became the universal remedy for not taking any responsibility, but it somehow has. And from what I understand there are countries in which there are no Jews whatsoever to whom it appeals for the same reason—that somehow there's someone to blame in the world other than themselves for their situation.