Historian Christopher Browning has written extensively about how ordinary Germans became murderers during the Holocaust. Listen to Browning explain why examining the perpetrators' history matters. 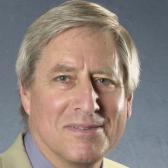 Historian Christopher Browning has written extensively about how ordinary Germans became murderers during the Holocaust. Listen to Browning explain why examining the perpetrators' history matters.

DANIEL GREENE:
Historian Christopher Browning believes it is his job as an educator to pose difficult questions. History, he says, is about knowing ourselves, knowing what we are capable of as human beings. In his book Ordinary Men, Professor Browning examines the choices made by ordinary Germans, as they became mass murderers during the Holocaust. He urges us to look closely at the human faces of Nazi perpetrators.

Welcome to Voices on Antisemitism, a free podcast series of the United States Holocaust Memorial Museum. I'm Daniel Greene. Every other week, we invite a guest to reflect about the many ways that antisemitism and hatred influence our world today. Here's historian Christopher Browning.

CHRISTOPHER BROWNING:
For most of European history, for most Europeans, antisemitism is a rather minor aspect of their outlook on the world. But since the vocabulary is so common, there is no warning signal; there are no alarm bells that go off when Hitler begins ranting about Jews. European antisemitism, of course, it existed for over a thousand years. And many of the anti-Jewish accusations that you read in medieval literature are still there a thousand years later. So when the Nazis co-opted them, they were saying things that had long had resonance in and had been a part of European society and putting it together in a package that in its implications for future policies was quite new and radical.

The Nazis saw themselves as engaged in a historic enterprise to remake the demographic map of the world. Racism was at the core of how they understood how the world worked. That basically, history was a struggle between races, and the outcome of history depended on which races won and which ones lost. This was very much at the center of how Hitler understood what made history and what his historical role was.

I think what we must avoid is to look at the Holocaust as some kind of natural disaster. The Holocaust was not a tsunami. It was not an earthquake. The Holocaust was a manmade event. People made decisions and people acted. And if we treat it as some kind of supernatural event, we are simply removing the Holocaust from history and turning it into a kind of mystified or mystical event. I think we have to preserve the human dimensions of it, and to do that, we have to look closely at the perpetrators, both in terms of those who shaped policy and made decisions and in terms of those who implemented those decisions, who carried out the murder day after day, face to face, with their victims. And to treat them as human beings. Never losing sight that the whole purpose of this is to capture the horror of what all of this means. Because of course once you start treating the perpetrators as human beings, then you are faced with that uncomfortable awareness that: Are they fundamentally different than I am? And, in that situation, what would I have done?