Alan Kraut is University Professor of History at American University. He is a specialist in U.S. immigration and ethnic history, and the author of Silent Travellers: Germs, Genes, and the "Immigrant Menace." Kraut offers some context for the politics of fear and xenophobia that often accompany immigration debates. 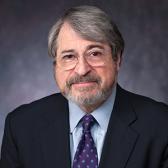 Alan Kraut is University Professor of History at American University. He is a specialist in U.S. immigration and ethnic history, and the author of Silent Travellers: Germs, Genes, and the "Immigrant Menace." Kraut offers some context for the politics of fear and xenophobia that often accompany immigration debates.

ALAN KRAUT:
Native-born Americans have always had a concern about newly arrived immigrants coming to the United States. Sometimes the concern involves competition for jobs, sometimes the concern involves undermining the culture of America, and sometimes it involves the very physicality of the immigrants—their bodies—that they might somehow be diseased or they might be unable to be robust enough to support themselves. So this theme of concern about the foreign born goes long and deep into the American past.

ALEISA FISHMAN:
Alan Kraut is University Professor of History at American University. He is a specialist in U.S. immigration and ethnic history, and the author of Silent Travellers: Germs, Genes, and the "Immigrant Menace." Kraut offers some context for the politics of fear and xenophobia that often accompany immigration debates.

Welcome to Voices on Antisemitism, a podcast series from the United States Holocaust Memorial Museum, made possible by generous support from the Elizabeth and Oliver Stanton Foundation. I’m Aleisa Fishman. Every month we invite a guest to reflect about the ways antisemitism and hatred influence our world today. From Washington DC, here's Alan Kraut.

ALAN KRAUT:
The first mass migration to the United States occurred in the years between 1840 and 1860, when four and a half million immigrants came, largely from Northern and Western Europe—Irish, those from the German states, Scandinavians. And oddly enough the period when these newcomers were arriving was also a period of cholera epidemics, and in the 1830s the Irish were blamed for a major cholera outbreak along the East Coast of the United States. It wasn't true. The Irish had not brought cholera to the United States, but nevertheless the Irish were blamed for it. It was part of the trope that nativists used to condemn the foreign born and to urge the United States to be more careful about who it admitted.

Part of the concern about admitting so many Irish laborers was that it would take jobs away from native-born Americans. And certainly one of the attacks on the Chinese, right before the passage of the Chinese Exclusion Law in 1882, was that the Chinese would work for the lowest possible wage. Those same arguments were applied to Southern Italian labor. And so we’ve got a long heritage of trying to exclude immigrants and refugees of particular groups.

The use of religious and racial stereotypes is, of course, very old in terms of opposing immigrants and refugees. I mean, the Irish were often sketched by American cartoonists as apelike. The Jews with long hook noses, people who undermined society in a variety of different ways. And all of the stereotypes imaginable were used to discourage the American population from supporting migration of these particular groups. And we’re seeing that again.

Fairly recently we've heard a presidential candidate say that it would be a good idea to exclude all Muslims from the United States, and journalists bouncing off of those remarks have offered their readers some mighty negative stereotypes of the kinds of people who might be coming to the United States. This is, in effect, new wine in old bottles.

If we think about the Syrian refugees that are seeking to flee a scene of great war and great violence and great danger—and we have not seen this kind of motion really since the end of the Second World War—but we are facing a very acute moment at present. Because the migrations we are seeing are fraught with political issues and security concerns, given the degree of terrorism that's occurred in the name of ISIS, in the name of al-Qaeda. It's a difficult situation for both the receiving countries, but also for the Syrian refugees, these people in motion, who only want to find a place where they can find some peace and an opportunity to live good lives, productive lives, and have the same thing for their children.

What we see today in 2016 is a United States that is extremely, extremely tense. It’s concerned about national security issues and it’s concerned about what I call the “imperfect recovery” from the recession. There is a great deal of economic suffering and a great deal of economic anxiety in the United States, and especially in the middle class. And so one of the things that some politicians are doing is to tap into that dissatisfaction, that anxiety, that fear—trying to build their own political position based on the hatred of particular groups of foreign born. Whether you’re talking about Mexicans or you’re talking about Muslim refugees. And that kind of scapegoatism is an awfully dangerous political instrument.