Alan Dershowitz is concerned over what he views as a rising tide of antisemitic speech on American college campuses. 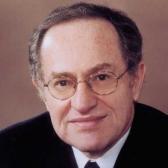 Alan Dershowitz is concerned over what he views as a rising tide of antisemitic speech on American college campuses.

ALAN DERSHOWITZ:
I sure hope that [Jean-Paul] Sartre was not right that the antisemite makes the Jew. When I was growing up, antisemitism determined where we could work, where we could live, where we could go to school, who we could socialize with. None of that's true today. Antisemitism, its not a central phenomenon in the life of Americans. Whereas, of course, assimilation and other ways of Judaism being endangered from within are increasing problems. I think what we need is positive Judaism. We need young Jews to see the strengths, the positive aspects of Judaism, not only as a religion but as a culture, a civilization, as part of one's way of life. Even though antisemitism is not a function of their own lives.

DANIEL GREENE:
Author, professor, and civil liberties attorney Alan Dershowitz is concerned over what he views as a rising tide of antisemitic speech on American college campuses. Dershowitz calls upon his peers to condemn those who would use such rhetoric to justify hatred of Jews.

Welcome to Voices on Antisemitism, a free podcast series of the United States Holocaust Memorial Museum. I'm Daniel Greene. Every other week, we invite a guest to reflect about the many ways that antisemitism and hatred influence our world today. Here's Harvard Law School professor, Alan Dershowitz.

If you look at some of the cartoons that are being used against Israel, against Israeli leaders and supporters of Israel, most recently against me, the propaganda effort has changed. And instead of a conversation about Israel and the Palestinians, there is an attempt to dehumanize Israel and to demonize Israel. And Holocaust denial is increasing. Holocaust minimization is increasing. Holocaust comparativization is increasing. And education is critically important. When a Holocaust denier speaks on a college or university campus, I see that as an educational moment, as an opportunity to educate students, and instead of trying to ban the speaker, respond and educate.

When I speak on college campuses, and I speak on many, I get calls the next day always, almost in a whispered voice: "Thank you for speaking up."