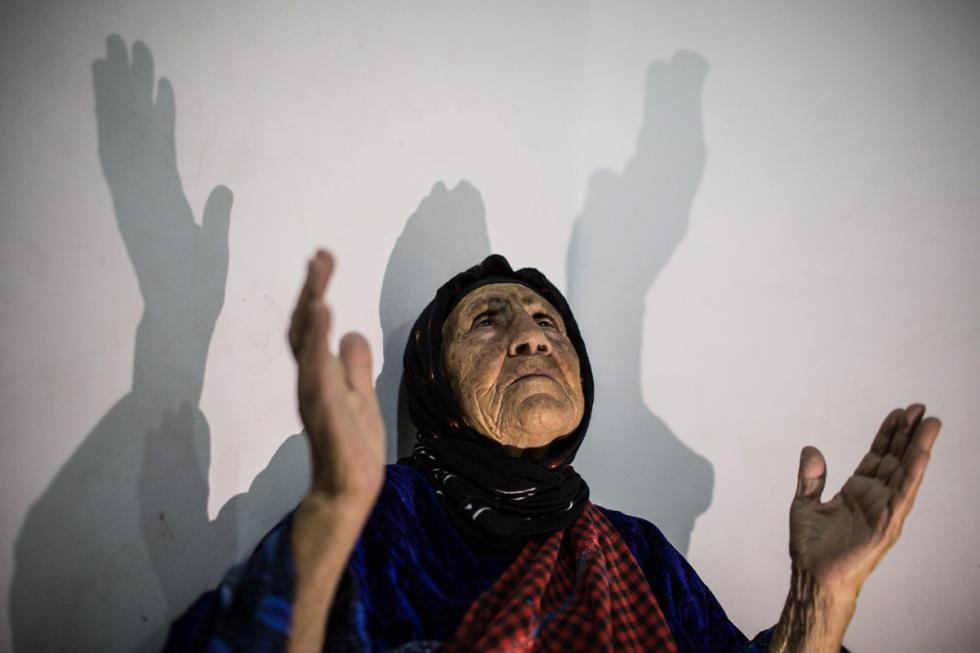 In the summer of 2014, the self-proclaimed Islamic State (IS) conducted a violent campaign against civilians in Ninewa province in northern Iraq, home to most of Iraq’s ethnic and religious minorities. More than 800,000 people (external link) were forcibly displaced as IS, known locally as Daesh, systematically attacked cities, towns, and villages. Shrines, temples, and churches were intentionally destroyed. Thousands of people were kidnapped and hundreds, if not thousands, of people were killed.

In less than three months, IS decimated millennia-old communities, irrevocably tearing the cultural and social fabric of this once-diverse region. Today, few members of the minority groups targeted by IS remain in Ninewa province.

What happened to the people of northern Iraq was shocking, but it wasn’t a surprise—the region has seen repeated cycles of violence both before and after the ouster of Saddam Hussein. Minority communities in Iraq have been particularly vulnerable to mass atrocities. Prior to the violence of 2014, Iraq’s ethnic and religious minorities constituted 10 percent of its population (PDF), and within that group, only 3 percent were non-Muslim. These communities have been the victims of gross human rights violations and atrocities for decades.

IS had been open about its intentions to drive off members of ethnic and religious groups that it considers unworthy. Given IS’s intentions and capacity for violence, there were strong indications that minorities in Ninewa faced heightened risk. Despite the indications, these groups had become increasingly isolated and were left to fend for themselves.

As IS fighters methodically swept through Ninewa, people hoped in vain for protection from Iraqi or Kurdish troops, but both forces deserted the area in the face of the IS surge. Abandoned, minorities in northern Iraq ultimately were forced to leave their homes and find sanctuary elsewhere.

In September 2015, the Simon-Skjodt Center for the Prevention of Genocide sponsored a Bearing Witness trip to northern Iraq to examine the nature of these atrocities and understand the future risks to ethnic and religious minorities in the region. We focused on the area’s long-threatened minorities, including Christian, Yezidi, Turkmen, Shabak, Sabaean-Mandaean, and Kaka’i populations.

We found that IS committed mass atrocities to control, expel, and exterminate ethnic and religious minorities in areas it seized. IS committed crimes against humanity, war crimes, and ethnic cleansing against those communities in Ninewa. We also assert that genocide was perpetrated against the Yezidi people in the region. Of critical importance, more than 3,000 Yezidi women and girls kidnapped by IS remained missing as of March 2019.

During the trip, we visited displaced-persons camps in and around the cities of Erbil and Dohuk, and we met with Iraqis living elsewhere in temporary makeshift shelters and in rented homes. We heard harrowing accounts of displacement, forced religious conversion, rape, torture, kidnapping, and murder. We saw firsthand the consequences of mass displacement and the atrocities that had been perpetrated. We saw the angst born from the uprooting of religious practices, the erosion of cultural identity, and the tearing apart of communities and families.

In tent after tent, shelter after shelter, we met with people who had been forced to flee with little more than what they were wearing. We spoke with Yezidis, Shia Turkmen, and Shia Shabak whose loved ones had been killed or kidnapped. We saw the genuine fear that these people had about returning to their homes in the absence of what they feel would be genuine physical protection.

One man we met at the time could drive within 20 minutes of his home but could get no closer because of the IS occupation. So near, yet so far. Many people told us of friends and family members left behind, too frail to escape or forcibly taken away by IS fighters. Others showed us lists of dozens of friends and family members they could not account for—killed or kidnapped by IS.

As a result of IS’s violence, minority communities that helped to shape Iraq’s rich, diverse history and culture now face exile and extinction in their homeland. As one man told us, “We have no future. Our generation is gone.”

There were glimpses of light and resilience, as well, amid the terror and desperation. Two girls playfully recited a children’s song; another group of children pretended to be a bus. Stores and other services had sprung up in the camps to provide a semblance of normalcy. People generously invited us into their makeshift homes to share their experiences and food. One Christian woman told a terrifying story of being captured with her husband by IS fighters, of resolutely refusing to convert to Islam, and of later being released.

Our visit to northern Iraq demonstrated the damage done by terrorist groups such as IS and the great difficulty that targeted civilians face in defending against an assault—especially when government protection fails them. In addition to experiencing death and kidnapping, the minorities of northern Iraq suffered from the deliberate destruction of their communities and culture and still are struggling to rebuild lives uprooted by terror.

This page was last updated in August 2019.