As a young man at the American University of Beirut in the 1960s, Mohammed Dajani was a student activist and a member of Fatah, fighting for Palestinian liberation. But his hardline views softened after the death of his parents, who were each, in turn, cared for by Israeli doctors and emergency personnel. Dajani has evolved into a voice of moderation, working to end conflict through sharing personal narratives. But it is not easy to be a champion of moderation. 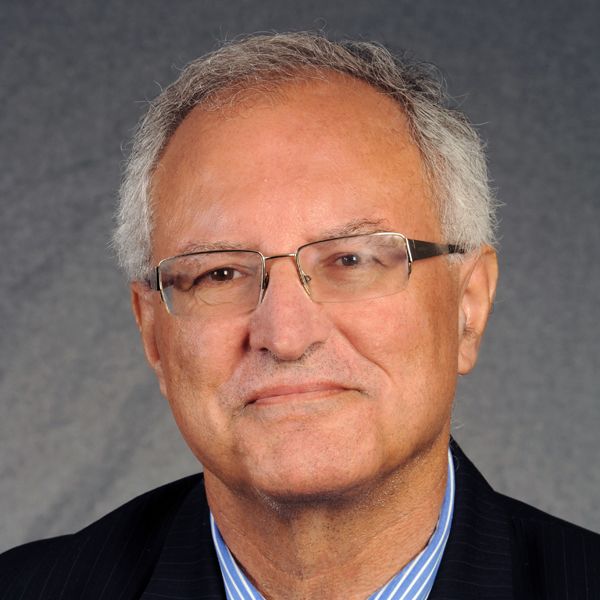 As a young man at the American University of Beirut in the 1960s, Mohammed Dajani was a student activist and a member of Fatah, fighting for Palestinian liberation. But his hardline views softened after the death of his parents, who were each, in turn, cared for by Israeli doctors and emergency personnel. Dajani has evolved into a voice of moderation, working to end conflict through sharing personal narratives. But it is not easy to be a champion of moderation.

MOHAMMED DAJANI:
Unfortunately we inherited this conflict from our grandparents, and I feel that it is so important for us to have our grandchildren inherit peace from us.

ALEISA FISHMAN:
As a young man at the American University of Beirut in the 1960s, Mohammed Dajani was a student activist and a member of Fatah, fighting for Palestinian liberation. But his hardline views softened after the death of his parents, who were each, in turn, cared for by Israeli doctors and emergency personnel. “I couldn’t resist the thoughts,” he said, “of my enemy trying to help my mother.” Over the years, Dajani has evolved into a voice of moderation, working to end conflict through sharing personal narratives. He co-founded the Wasatia movement of moderate Islam. But it is not easy to be a champion of moderation. And this stance cost him his 13-year professorship at Al Quds University in Jerusalem.

Welcome to Voices on Antisemitism, a podcast series from the United States Holocaust Memorial Museum made possible by generous support from the Elizabeth and Oliver Stanton Foundation. I’m Aleisa Fishman. Every month, we invite a guest to reflect about the many ways that antisemitism and hatred influence our world today. From Washington DC, where he’s a fellow at the Washington Institute for Near East Policy, here’s Mohammed Dajani.

MOHAMMED DAJANI:
I was brought up in a culture that denies the Holocaust, that links the Holocaust to the Nakba. The term Nakba means “catastrophe” in Arabic. And it refers to the events that took place in 1948. Israelis refer to the 1948 events as the War of Independence, and the Palestinians refer to the 1948 events as their catastrophe, or their Nakba, because it led to the dispossession of the Palestinians from their homeland to go to the West Bank or to Jordan, Syria, Lebanon, as refugees. And so to them it was a traumatic experience. And as a result, as a Palestinian, I grew up without knowing much about the Holocaust and without getting any education about the Holocaust and feeling that the Holocaust did not exist. However, in my work, I started to learn more and about the Holocaust, and to see films and documentaries, and to read. And then in 2011, I had the chance to go to visit Auschwitz. And I was able to go and see for myself what really happened.

When my students used to tell me, “Why should we learn about the Holocaust?” I would answer very simply: “In order to do the right thing.” In my heart, I feel this is the right thing to do. And so, in March 2014, I took 27 students to Auschwitz. And at the same time, in addition to taking these Palestinian students to Auschwitz, the idea was also to take 30 Israeli students to visit the Palestinian refugee camps and learn about the narrative of the Nakba. And the purpose of the trip was to study how will learning about the suffering of the other feed your empathy for the other? And, in this way, will it narrow the gap with the other, so that there will be more reconciliation and peace with the other?

I believe that my students have listened to me, and when they came with us to Auschwitz, they came in order to learn. To me, it was a part of our religious teaching, because Islam says, “Seek knowledge from cradle to grave.” So basically, it is about knowledge, and about learning. And also, I felt that we need to break taboos. I think the Holocaust denial is one of those taboos in Palestinian culture and Palestinian psyche. And we cannot move on unless we break these taboos. At the same time, it is morally wrong to deny such a tragedy. And so the more you would know about it, the more you will stop denying it.

It was hard for my students to visit Auschwitz and to be confronted with the events and what happened in Auschwitz. At the same time, it was hard for them to come back, because they came back to a society that has not yet learned anything about Auschwitz. And so to them, to tell this story of what has happened or to show the photos was difficult. And then what made it worse was the media coverage of the event, which gave it the image, the perception, that this was a propaganda effort. Students started to receive messages, emails saying: “What the hell are you doing there? This is propaganda. How did you get deceived to be part of it?” So they got worried about their peers, about their relatives, about their friends. And so when we went back, there was a big attack against me because people felt as if I led them there to brainwash them.

Part of the problem was that the university, instead of supporting me, saying this is academic freedom, issued a statement saying: “We have nothing to do with this trip. This professor did it on his own.” That I’m wrong and I’m anti-Palestinian and I’m not a nationalist. This was followed by the student union, who made demonstrations against me on campus. So there were a lot of activities taking place where it was full of incitement, and nobody wanted to hear and nobody wanted to understand.

So I tendered my resignation, saying that there is no academic freedom. And I was hoping that the university will reject it, which they did not. Instead, they accepted the resignation. And so, I felt betrayed basically because of that. And then one night, a few months later when I thought things cooled down, my car was torched in the middle of the night.

It is very difficult really to be moderate. People think of being moderate as being soft or being easy, but really to be moderate and to advance your cause of moderation, in times of conflict in particular, is very difficult to do, because people will not accept it. You have to be with us or against us. But they are wrong. We should not let this conflict deny us our humanity to the other.

ALEISA FISHMAN:
Since resigning from Al Quds University in 2014, Dajani helped found—in collaboration with Friedrich Schiller University in Germany—a Ph.D. program in reconciliation and peace negotiations. Some of the students who traveled with him to Auschwitz have applied.

Voices on Antisemitism is a podcast series of the United States Holocaust Memorial Museum. Join us every month to hear a new perspective on the continuing threat of antisemitism in our world today. We would appreciate your feedback on this series. Please visit our Web site, www.ushmm.org.