Complicity in Nazi Aims Next 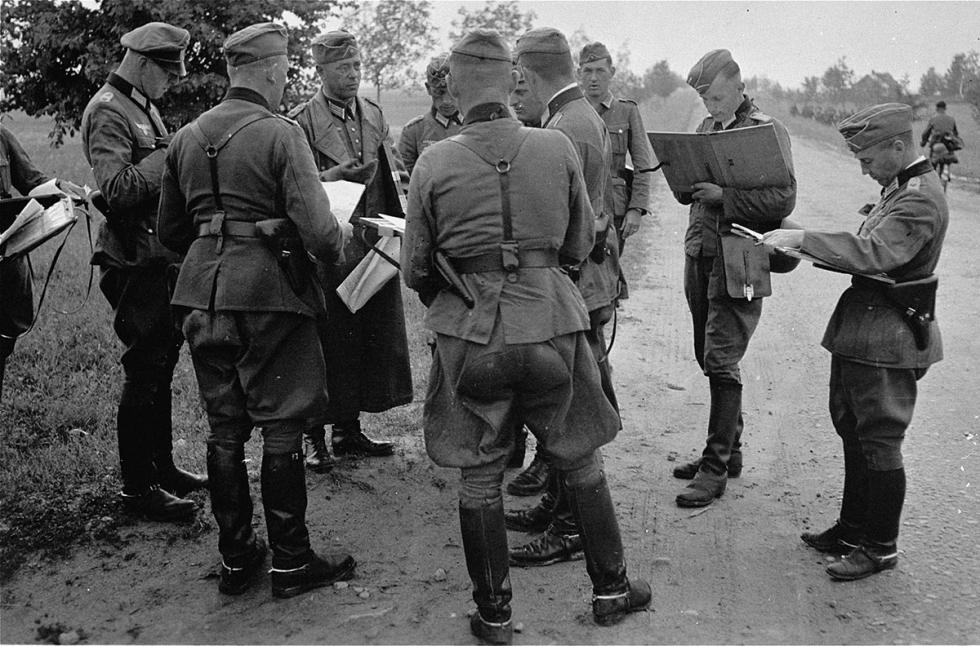 German officers in the field consult with their commanding officer on their orders of the day, June 22, 1941—Sept. 1941. —United States Holocaust Memorial Museum

The history of the German military has long appealed to those with an interest in military practice and the conduct of war. However, it is important to remember that under the Nazi Regime the German military—known as the Wehrmacht—participated in Nazi crimes, including the Holocaust.

The resources compiled here are intended to help explain how and why the Wehrmacht accommodated Nazi racial aims, perpetrated crimes against civilians and prisoners of war, and facilitated the genocide of Europe’s Jews. The background materials here provide overviews of the Wehrmacht’s relationship to Nazism, the crimes the Wehrmacht committed during World War II, and the involvement of the Wehrmacht in the Holocaust.

Case studies highlighting the actions of German soldiers explore specific examples of individual behavior. They allow for a consideration of individual decision-making in the context of professional responsibilities. Recommended approaches and supporting materials are included for instructors planning to incorporate these case studies into their own courses.

Watch The Path to Nazi Genocide for general background information on the Holocaust. This 38-minute film provides a concise overview of the Nazis’ rise to and consolidation of power in Germany and outlines the path by which the Nazis and their collaborators led a state to war and the murder of millions of people.

Complicity in Nazi Aims Next