The Syrian authorities and the international community have failed to protect civilians in Syria. In fact, the interventions of foreign governments hoping to affect the outcome of the Syrian conflict have contributed to its escalation. 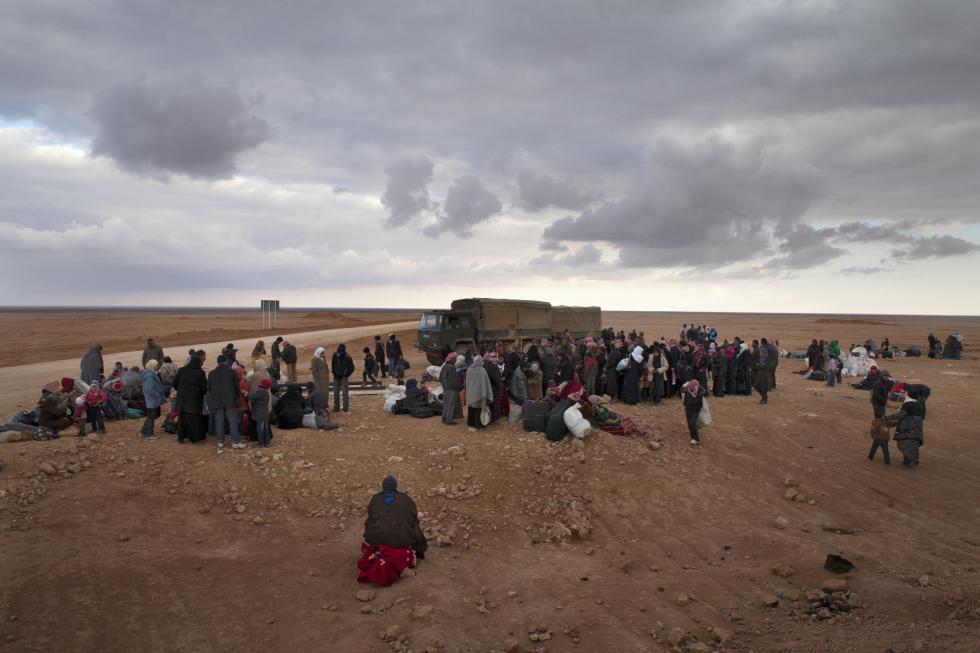 Refugees displaced by the violence in Syria wait at a transit center in Jordan for trucks that will take them to the Zaatari refugee camp. February 2014. —Lucian Perkins for the US Holocaust Memorial Museum

Unwavering support by Russia and Iran for an Assad victory, including active participation in government military operations, has enabled the Syrian regime to wage its campaign of mass atrocities against Syrian civilians.

The UN and other international coalitions have focused on negotiating a resolution of the conflict, an effort that has failed to halt or curtail the fighting. Chances for a political solution to the conflict are poor. The Syrian government appears to have little interest in negotiations as military victory for them has become more likely. 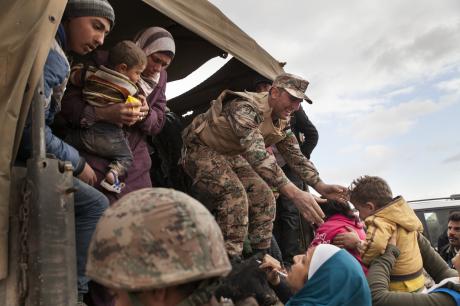 Jordanian troops and UN High Commissioner for Refugees staff provide supplies and transportation to refugees. —Lucian Perkins for the US Holocaust Memorial Museum 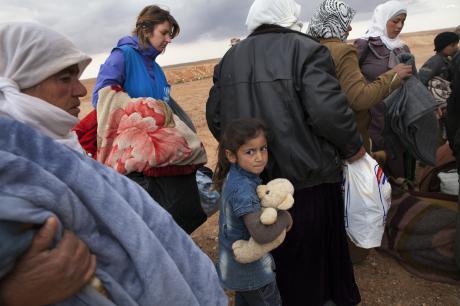 Many of the refugees are children. —Lucian Perkins for the US Holocaust Memorial Museum

The UN Security Council has been unable to agree on actions to protect Syrian civilians or to hold accountable those perpetrating international crimes in Syria. In December 2016, the United Nations General Assembly adopted its own resolution establishing the International, Impartial and Independent Mechanism. More commonly referred to as the Syria Mechanism or IIIM, its goal is to collect, preserve, and analyze evidence of violations of international humanitarian law and human rights abuses. This evidence is intended for use in criminal proceedings at national, regional, or international courts or tribunals.