The Horror in Northern Iraq Previous Cultivating Fear Next 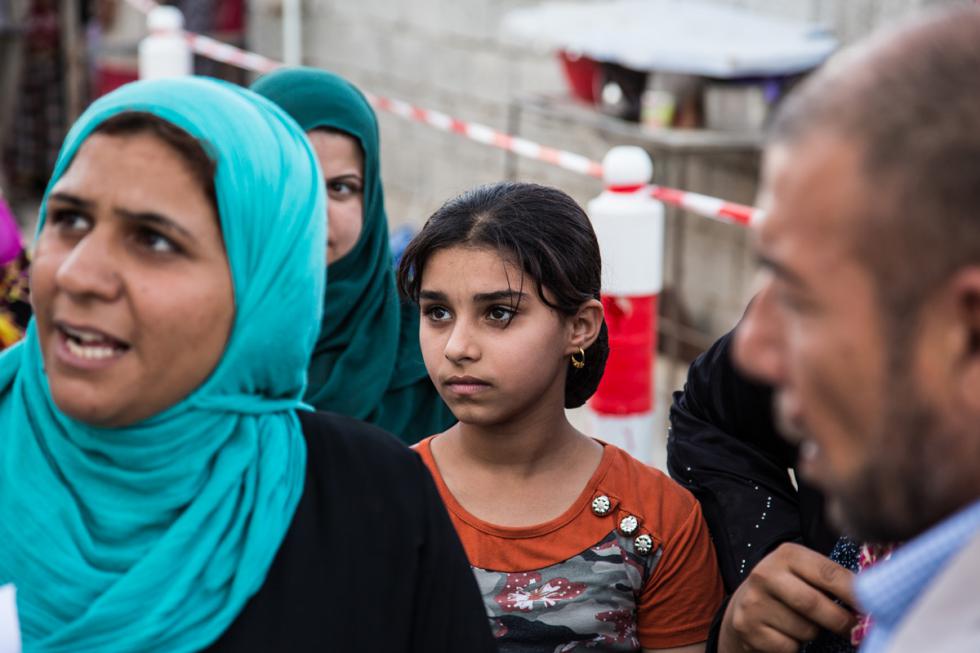 A group of displaced Iraqis at a camp near Erbil. —Mackenzie Knowles-Coursin for the US Holocaust Memorial Museum

• The self-proclaimed Islamic State (IS) perpetrated crimes against humanity, ethnic cleansing, and war crimes against Christian, Yezidi, Turkmen, Shabak, Sabaean-Mandaean, and Kaka’i people in Ninewa province between June and August 2014.

• We believe IS has been and is perpetrating genocide against the Yezidi people.

• Men, women, and children who were kidnapped and are still being held by IS continue to be the victims of atrocity crimes. Their release must be a priority.

• IS perpetrated these crimes in accordance with its extremist religious ideology—targeting particular groups on the basis of their identity.

• IS also perpetrated mass atrocities as part of a deliberate military, economic, and political strategy. This intent was matched by the group’s ability to carry out these crimes.

• Under IS's ideology, adherents of religions considered infidel or apostate—including Yezidis—are to be converted or killed and members of other religions—such as Christians—are to be subjected to expulsion, extortion, or forced conversion.

• The Iraqi government bears the primary responsibility to protect its population from mass atrocities and has failed to do so.

• Since 2003, violence and instability in Iraq has put minorities at risk of atrocities.

• Chronic instability, sectarianism, and rampant impunity allowed for the persecution of minorities and for extremism to fester, thereby creating conditions under which future atrocity crimes could be perpetrated.

• The early warning signs of potential atrocities against minority populations went largely unnoticed, or were misdiagnosed, meaning that preventive strategies that could have mitigated the risk to these populations were not developed.

• Any response to IS and affiliated groups should incorporate at its core an atrocity prevention framework that includes risk assessments; the provision of genuine physical protection to vulnerable populations; accountability for crimes perpetrated by IS and Iraqi and Kurdish security forces, as well as state-aligned militias; and strategies intended to address the root causes and drivers of conflict and atrocities in Iraq.

• Unable to return home until their land is liberated, internally displaced persons (IDPs) face prolonged displacement. Under these conditions, they will remain in dire need of humanitarian assistance and physical protection.

• IDPs’ ethnic and religious identities must be preserved—including by upholding their freedom of religion, expression, and language.

In September 2015, Naomi Kikoler, deputy director of the Simon-Skjodt Center for the Prevention of Genocide, traveled to northern Iraq with Mackenzie Knowles-Coursin (external link), a photojournalist based in the region. Together, they met dozens of members of Iraq’s ethnic and religious minorities who were displaced during the summer of 2014 as IS seized their cities and towns. The names of some of those interviewed are being withheld in keeping with their preferences and for security reasons.

The Horror in Northern Iraq Previous Cultivating Fear Next