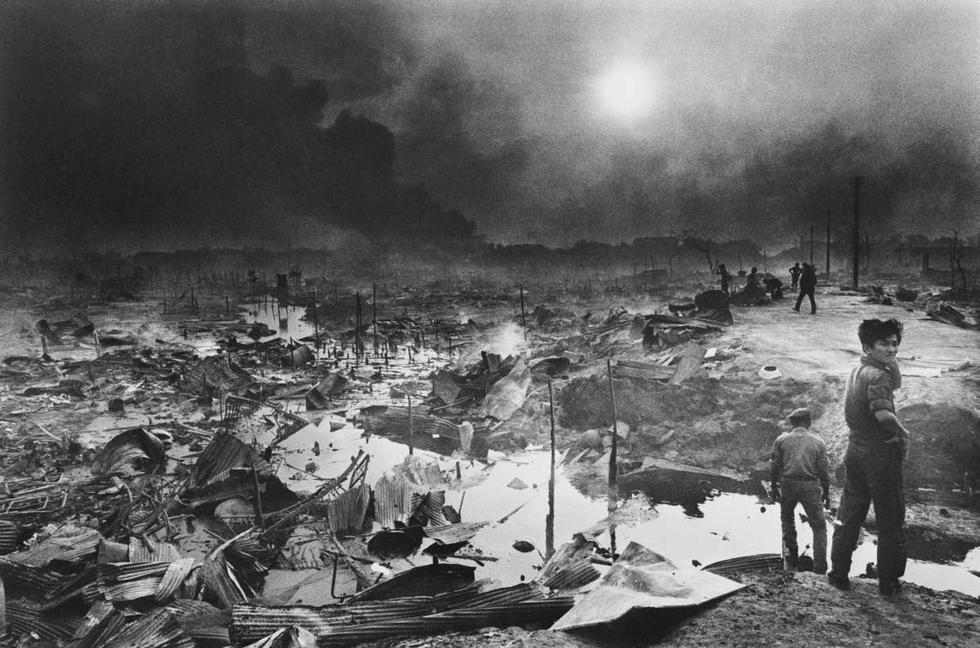 In March 1965, US Marines landed in South Vietnam, marking a major new escalation of the American war effort there. Other American units soon followed. Communist forces stepped up attacks against both the American troops and the South Vietnamese army. US bombers attacked targets in North Vietnam.

The Washington Post gave prominent coverage to the entry of US troops into Cambodia in 1970. 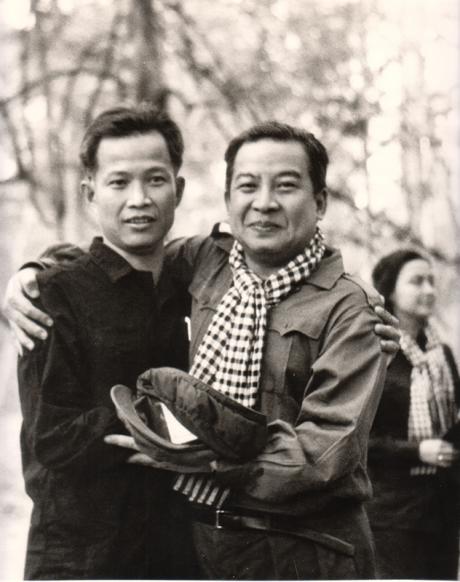 Sihanouk embraces senior Khmer Rouge figure Khieu Samphan during a visit to the Communist-controlled zone in 1973. —Documentation Center of Cambodia

Sihanouk broke off diplomatic relations with the United States and strengthened his relations with North Vietnam, though he shared the Khmer Rouge’s distrust of Vietnam. By 1967, the North Vietnamese army and South Vietnamese insurgents were operating from sanctuaries located just inside Cambodia. US and South Vietnamese forces responded with cross-border incursions, which Sihanouk publicly protested. As Cambodia became drawn into the ever-larger conflict in Vietnam, the dream of neutrality continued to fade.

In March 1969, in an effort to disrupt North Vietnamese supply lines, President Nixon secretly ordered the US Air Force to conduct an extensive bombing campaign in eastern Cambodia. Later that year, in yet another public shift of loyalty, Sihanouk restored diplomatic relations with the United States. But by then his position inside Cambodia had become extremely precarious.

While out of the country in March 1970, Sihanouk was overthrown by a pro-American general, Lon Nol, and other opponents. Sihanouk quickly cast his lot in with his enemies the Khmer Rouge, going on radio to urge all Cambodians to join their fight to take control of Cambodia. 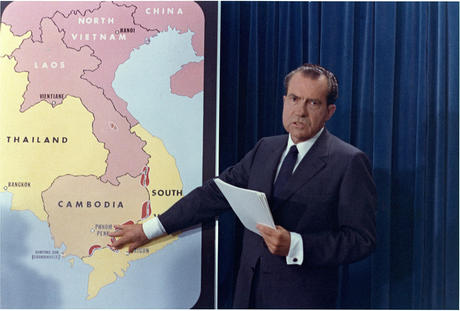 President Nixon announces the entry of US troops into Cambodia. —Richard Nixon Presidential Library and Museum 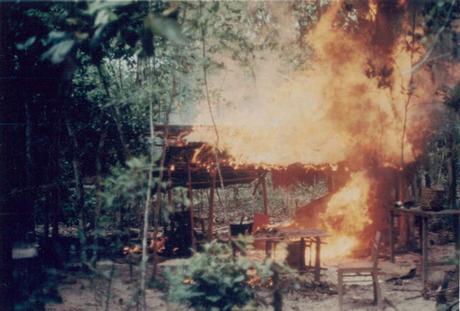 US soldiers burn a wooden structure in a village in eastern Cambodia in May 1970. —Alan T. Rockoff/National Archives and Records Administration

War soon broke out all over the country. In April 1970, US and South Vietnamese ground forces entered eastern Cambodia to attack Communist sanctuaries there. The Vietnamese Communists, meanwhile, moved deeper into Cambodia and began seizing large sections of the countryside for the Khmer Rouge, who accepted their help despite historical distrust of Vietnam. 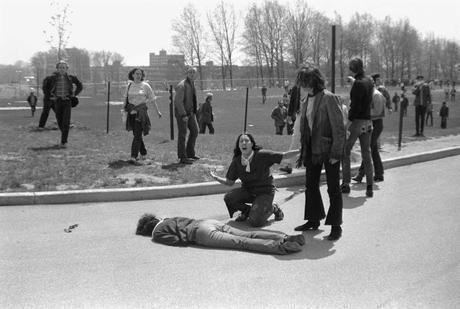 Mary Ann Vecchio, 14, screams over the body of Jeffrey Miller, 20, after he was shot by the Ohio National Guard during a protest at Kent State University against the US invasion of Cambodia. The war’s expansion was widely unpopular in the United States, touching off numerous demonstrations. —John Filo/Getty Images

All told, American warplanes dropped more than 2.7 million tons of bombs on more than 113,000 sites in Cambodia, exacting a heavy toll among combatants and civilians alike. More than two million people fled their homes to escape the bombing, ground fighting, and Communist rule. Most ended up in the increasingly crowded Phnom Penh and various provincial cities that the Lon Nol government continued to control.