History of Ethnic Tensions Next 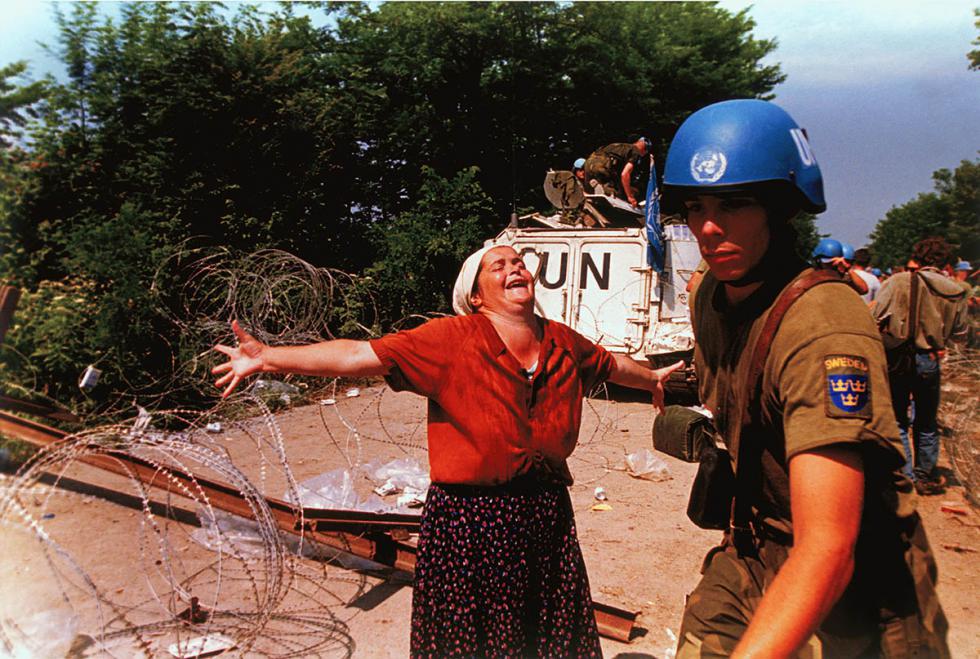 In 1991, Yugoslavia’s republic of Bosnia and Herzegovina (Bosnia) had a population of 4 million, composed of three main ethnic groups: Bosniak (Bosnian Muslim, 44 percent), Serb (31 percent), and Croat (17 percent), as well as Yugoslav (8 percent).

On April 5, 1992, the government of Bosnia declared its independence from Yugoslavia. The creation of an independent Bosnian nation that would have a Bosniak majority was opposed by Bosnian Serbs, who launched a military campaign to secure coveted territory and “cleanse” Bosnia of its Muslim civilian population. The Serbs targeted Bosniak and Croatian civilians in areas under their control, in what has become known as “ethnic cleansing.”

During the subsequent civil war that lasted from 1992 to 1995, an estimated 100,000 people were killed, 80 percent of whom were Bosniaks. In July 1995, Bosnian Serb forces killed as many as 8,000 Bosniak men and boys from the town of Srebrenica. It was the largest massacre in Europe since the Holocaust.

Fighting ended after a NATO bombing campaign forced Bosnian Serbs to the negotiating table, and a peace agreement, the Dayton Accords, was signed in 1995.

This page was last updated in July 2013.

History of Ethnic Tensions Next