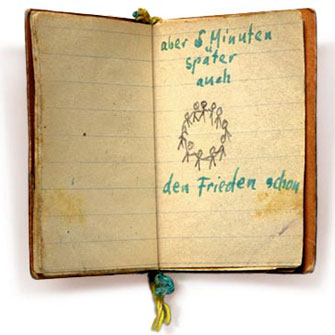 Even within the He-halutz groups, there were differing views on how to respond to the ‘transport order.’ There were rumors about the real destination of the transports, but nobody knew for sure. For some He-halutz members, going underground appeared as a betrayal of their group; as pioneers they felt they should stay with their fellow Jews. Gad remembers that at the end of 1942, his group leader expelled him because he said that he would not follow the Nazi ‘transport order’. 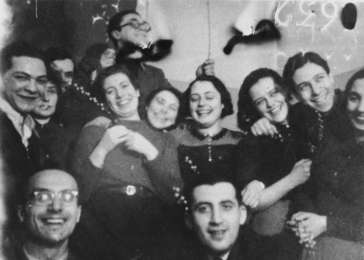 Yet, the members of Gad’s He-halutz group would put aside their political differences to join hands and sing Hebrew songs such as “Kineret” (“Sea of Galilee”), “Ba-ah Menucha La-yagai’ah” (“Rest Comes to the Weary”), or “Haseveinu Ailecha” (“Return us unto You”). They hardly knew how to sing Hebrew, but in the face of persecution, Jewish tradition provided a source of strength. They felt like part of a ‘secret community.’