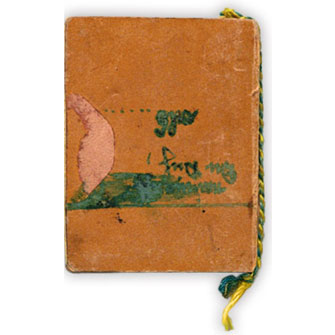 In 1943, Gad went “underground” as part of the Chug Chaluzi (circle of pioneers) resistance group. He and his comrades assumed great personal risk as they relayed food and money to Jews in hiding. Of the 73,842 Jews (according to Nazi racial criteria) still living in Berlin in 1941, only 8,700 survived the war. Many were, like Gad, of so-called mixed parentage.

After the war, Gad worked in the displaced persons camps and helped Jewish survivors before he emigrated to Palestine in 1947. While living in Isreal, Gad found Manfred's gift among his things. Gad does not remember how the book survived the war.

In 1978, Gad returned to Berlin, where he directed the Jewish Adult Education Center until his retirement. 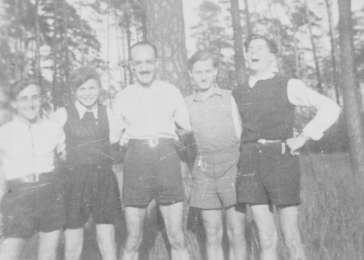 The illegal youth group Chug Chaluzi was founded on February 27, 1943, the same day that all Jewish forced laborers were arrested and most of them deported. The group originally had 11 members, all of whom had been members of Zionist youth groups before. Between 1943–45, the group supported an estimated 50 Jews in hiding. At the end of the war, Chug Chaluzi had approximately 40 members, of whom six to eight persons made up the inner circle.

Most of them lived illegally in Berlin. Group members helped each other obtain food, false ID cards, and places to stay. As much as possible, they continued their youth group activities, which included Hebrew lessons, illegal visits to the theater, outings in the woods, and celebrations of the Jewish holidays. Chug Chaluzi’s recognized leader, Jizchak Schwersenz (former director of Youth Aliyah School), lived illegally under the name “Ernst Hallermann” in Berlin from August 1942 until February 1944, when he escaped to Switzerland. After Schwersenz’s escape, Gad Beck became the leader of the group. 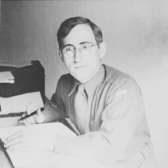 Gad met David Ben-Gurion, Israel’s future prime minister, in the displaced persons (DP) camps, where Gad was encouraging displaced persons (DPs) to immigrate to Palestine. The term “displaced persons” refers to people who were driven from their homes by Nazi or Soviet policies and who, for various reasons, were unable to return immediately to their homelands. At the end of World War II there were approximately 8 million DPs in Germany and the territories that had been under Nazi occupation or control. More than six million were repatriated during 1945. More than a million remained, including an estimated 50,000 Jews, who had been liberated from concentration camps in Germany and Austria.