The Legacy of Filmmaker Claude Lanzmann

His film, Shoah, is widely regarded as the seminal film on the subject of the Holocaust.

Claude Lanzmann spent 12 years locating survivors, perpetrators, eyewitnesses, and scholars for his nine-and-a-half-hour film Shoah, released in 1985. Deliberately rejecting the use of archival footage in his film, Shoah weaves together extraordinary testimonies to describe the step-by-step machinery implemented to destroy European Jewry. Critics have called it “a sheer masterpiece” and a “monument against forgetting.”

The United States Holocaust Memorial Museum purchased the Shoah outtakes from Claude Lanzmann on October 11, 1996, and ever since Museum staff have been performing the painstaking work necessary to reconstruct and preserve 185 hours of interview outtakes and 35 hours of location filming. The Claude Lanzmann Shoah Collection is jointly owned by the United States Holocaust Memorial Museum and Yad Vashem, Israel’s Holocaust memorial. 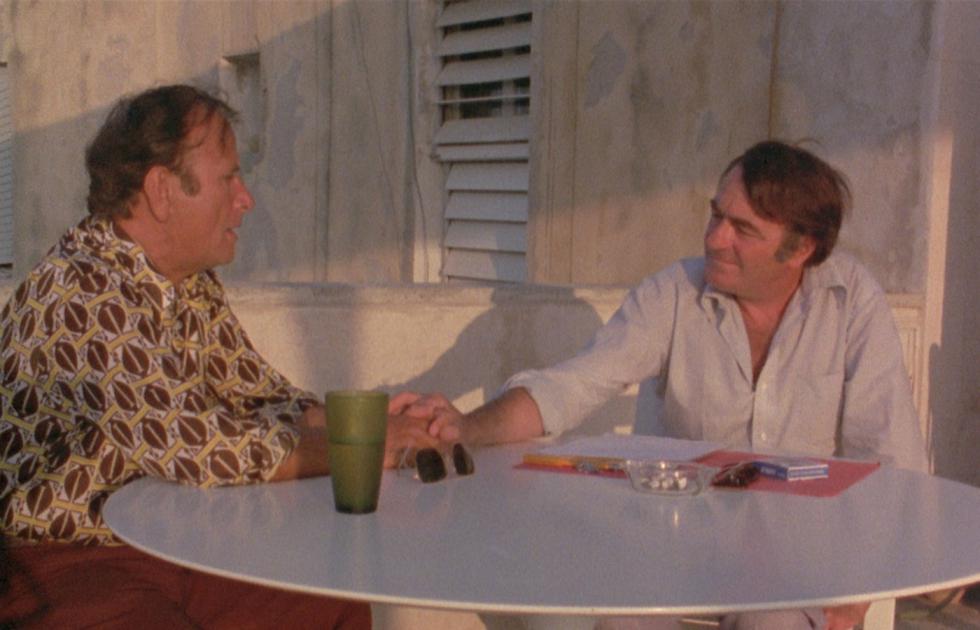 Claude Lanzmann was born in Paris to a Jewish family that immigrated to France from Eastern Europe. He attended the Lycée Blaise-Pascal, a high school in Clermont-Ferrand, France. His family went into hiding during World War II. At 18, he joined the French Resistance and fought in the Auvergne. Lanzmann opposed the French war in Algeria and signed a 1960 antiwar petition. From 1952 to 1959 he lived with French writer and intellectual Simone de Beauvoir. In 1963, he married French actress Judith Magre. Later, he married Angelika Schrobsdorff, a German-Jewish writer (who served a vital role as interpreter and editor on the film), and then Dominique Petithory in 1995. He is the father of Angélique Lanzmann, born in 1950, and Félix Lanzmann (1993–2017).

Lanzmann’s most renowned work, Shoah, is widely regarded as the seminal film on the subject of the Holocaust. He began interviewing survivors, historians, witnesses, and perpetrators in 1973 and finished editing the film in 1985. In 2009, Lanzmann published his memoirs under the title Le lièvre de Patagonie (The Patagonian Hare). He was chief editor of the journal Les Temps Modernes, which was founded by Jean-Paul Sartre and Simone de Beauvoir, until his death on July 5, 2018.

The Claude Lanzmann Shoah Collection contains over 220 hours of footage and includes thousands of original 16mm film reels with corresponding separate sound tapes, negative logs, interview summaries, and transcripts. Most of the film material consists of Lanzmann’s penetrating interviews with survivors, eyewitnesses, and Nazi perpetrators, but there are also dozens of reels of so-called location footage—illustrative scenes of the forest in Poland, for example, or of the railroad tracks leading up to the gates at Auschwitz—shot by some of France's greatest camera operators. The collection is comprised only of outtakes, that is the scenes that were shot in the course of making Shoah but that were not used in the final version.

The Museum has been strongly committed to preserving and safeguarding the archive of Lanzmann’s cinematic achievement and exposing its contents to a broad public. We have undertaken extensive, complicated, and expensive work to reconstruct the film materials, so that over 85 percent of the Shoah interview and location outtakes are fully available for research and freely accessible for viewing on the Internet, accompanied by original transcripts.

This film, produced by the Museum’s Spielberg Film Archive staff, features 55 minutes of previously unseen interviews from the Claude Lanzmann Shoah Collection. SHOAH: The Unseen Interviews includes the testimony of Abraham Bomba, a barber in the Treblinka killing center, who escaped, was smuggled back into the ghetto, and tried to warn friends, who refused to believe what was happening; details of American responses to the Holocaust from Peter Bergson, who tried to rally American Jews and the US government to act sooner to save the Jews in Europe; and Ruth Elias’s harrowing tale of survival in Theresienstadt and Auschwitz-Birkenau.