What Would You Do? captures the reactions of ordinary people to real-life dilemmas. While Rossen has sometimes been shocked by bigotry or ambivalence, she has also been inspired by people who take action. 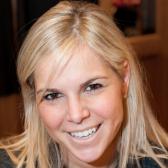 What Would You Do? captures the reactions of ordinary people to real-life dilemmas. While Rossen has sometimes been shocked by bigotry or ambivalence, she has also been inspired by people who take action.

DANIELLE ROSSEN:
It's such an important lesson to remember that we can make a difference, and one person and one voice does matter. And when people don't get involved, it just adds to the hatred out there; when people are willing to just ignore it and move on with their day.

ALEISA FISHMAN:
Danielle Rossen is the senior broadcast producer of ABC's Primetime: What Would You Do? The program captures the reactions of ordinary people to real-life dilemmas. It challenges bystanders to take action against hatred, discrimination, and abuse in various forms. While Rossen has sometimes been shocked by bigotry or ambivalence, she has also been inspired by people who take action.

Welcome to Voices on Antisemitism, a podcast series from the United States Holocaust Memorial Museum made possible by generous support from the Oliver and Elizabeth Stanton Foundation. I'm Aleisa Fishman. Every month, we invite a guest to reflect about the many ways that antisemitism and hatred influence our world today. From ABC studios in New York, here’s Danielle Rossen.

DANIELLE ROSSEN:
What Would You Do? is a show that uses hidden cameras and actors to capture people's reactions to tricky ethical situations. So seeing how people would react overhearing things that they might find inappropriate or racist or antisemitic or biased, and see if they would get involved or walk away.

So, we set up a scenario. We then have actors go to the bakery or the diner or the coffee shop—wherever we are that day—and we act out basically a script and then sit back and see people reacting. Once we feel that they have intervened or not intervened, we then send out John Quinones, who is our anchor on the show, and he will interview them and ask why they made the decision that they decided to make.

So we did an episode on antisemitism on November 5th of 2010. And this was happening all around the New York area, tri-state area; we were seeing a lot of swastikas were being spray-painted on cars and on synagogues. So we took to the streets of Bloomfield, New Jersey, to a bakery, and we sent in two students who were dressed in tee-shirts with Hebrew letters on them and they were there just dropping off flyers. And we then had another actor, who was behind the counter who was supposed to be serving them, tell them that he would not allow Jews to put any of their papers or anything in his bakery and that they should leave.

And throughout the day we were very, very pleased. We saw people standing up for them. We saw people getting involved and yelling at the server behind the counter, saying, "How can you do this? This is disgusting behavior." And we thought that things were great—we were going to prove that people stood up for each other. And all of a sudden, a man walks in and he tells our two actors that they're being pushy and that they should leave, and this type of behavior is what he would expect from Jews. And all this time our hidden cameras are rolling, and we can't believe that in 2010 this is happening. And then we send John in, and when John Quinones goes in, he has open cameras now, and in the past when people have said things that are inflammatory they tend to back down and start to apologize and explain that maybe we have misheard them. To our surprise and our dismay, this guy did not back down. He wasn't just categorizing these particular actors; he was using it as an overall statement about how he felt Jews were. And in order for us to show these people's faces, we have to have them sign a release, a waiver. And a lot of times, again, people won't sign them, they're embarrassed by what they say, and then we have to blur their face. And in this particular instance the man was more than happy to sign the waiver, so we were able to feature him and show him on the show, with his antisemitic ways. And it brought a lot of attention on the Web; a lot of viewers called in. And it was very shocking and disturbing, but very eye-opening to show that this type of behavior still exists.

So, the hope and the wish that I have for What Would You Do? viewers is that you need to stand up for each other, and it is important. And being a New Yorker and growing up in New York, you tend to think the worst of people. Everyone's angry. Everyone's mean. People don't get involved. There's pushing and shoving. And I still feel that we have a lot of work ahead of us. But I have, over the past few years on this show, really been able to say: "You know what? There are good people out there, and there are people who are willing to stick up for each other." I often think this person isn't gonna get involved; they just want to get their coffee and get out of there. And that's often the one who is the most vocal and who really said: "You know what? I'm not going to tolerate this behavior and I really had to say what I felt." And those are the people that you're often shocked by and that touch you and leave an impact on you.

Watch What Would You Do?: Anti-Semitism (external link)