After decades of progress, Holocaust memory is being challenged in a rapidly-changing Europe. Across the continent to varying degrees, the historical record is increasingly being distorted or disregarded by governments, leading politicians, and others with growing influence over national policy making and public opinion. This is taking place as the survivors and other eyewitnesses to the era of the Holocaust themselves pass into history. And distortion is intensifying notwithstanding the substantial efforts by survivors, historians, and educators to document and educate about the Holocaust. Europe sets the tone for how the Holocaust is remembered everywhere. Recognizing the global importance of sustaining Holocaust memory there, this document outlines the scope of the problem for policy makers, opinion leaders, and government officials in both the United States and Europe. It includes recommendations to encourage further conversation and robust action to confront the current negative trends.

A Negative Trajectory in the Arc of Holocaust Memory

The recent trajectory in Holocaust memory across Europe is disturbingly negative. By the end of the first decade of the 2000s, the general trend was that Holocaust commemoration, research, and education was increasingly informed by a far-reaching confrontation with difficult history. Outright Holocaust denial had begun to fall into disrepute following a number of high-profile trials and efforts by European governments to criminalize it. In the past decade, however, we have witnessed an accelerating trend toward distortion of Holocaust history in mainstream political and public discourse. Although governments and nongovernmental institutions continue to launch important initiatives to preserve the memory of the Holocaust and promote public awareness and education about it, the current trend threatens decades of progress. 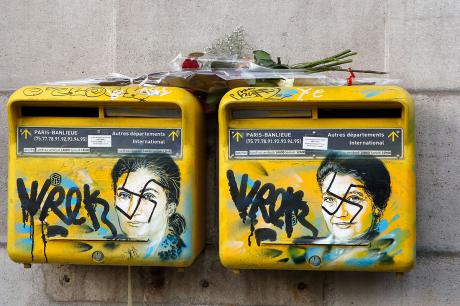 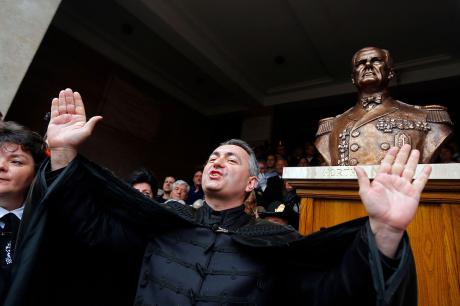 A Region-Wide Problem with Transnational Impact

State-sponsored or otherwise politically influential Holocaust distortion is wide-ranging and widespread across Europe. These manifestations include:

The proponents and enablers of Holocaust distortion include governments, political leaders, and non-state actors. They have increasing political power and societal influence, and are bringing ideas once considered to be unacceptably extreme into the mainstream of politics and public discourse.

Holocaust distortion is fueled by a climate of resurgent, aggressive nationalism in several parts of Europe, coupled in Eastern Europe with the legacy of Soviet-era distortion and post-Soviet distortion of the Holocaust and World War II.

Nevertheless, Holocaust distortion is not just a national phenomenon. The trends of distortion and those who spread it reach across national boundaries. Conflicts over Holocaust-era history also contribute to transnational tensions between several European countries. Disputes and tensions over memory have international implications, and therefore international solutions that build on cooperation between governments and nongovernmental organizations across borders are needed in response.

Holocaust Distortion and Other Problematic Trends

Current trends in Holocaust distortion do not exist in a vacuum. Growths in distortion have occurred parallel to other troublesome trends, such as the erosion of democratic norms and institutions, the intensification of antisemitism, and the rise of aggressive nationalism and xenophobia. Although all nations try to control their historical narratives, in democracies, free speech and academic inquiry foster open, robust public discourse. Absent these democratic norms, history can become a political tool to promote authoritarian ends and to justify the targeting of Jews and other minorities.

Antisemitic harassment, violence, and discrimination are at high levels and increasing in many parts of Europe. Holocaust distortion is often a vehicle to express antisemitic ideas, or incite antisemitic feelings. Holocaust distortion also can promote negative views about other groups perceived to be “outsiders.” Many political leaders who are proponents or enablers of Holocaust distortion are also at the forefront of campaigns against Roma and LGBTQ+ people—who were persecuted during the Holocaust—as well as refugees and migrants, Muslims, and people of color. These campaigns contribute to social divisions.

An accurate understanding of Holocaust history is essential to grappling with some of the challenges that threaten European democracies today. The memory of the Holocaust serves as a warning against the return of group-targeted hatred within the context of an erosion of democratic principles and institutions. Moreover, the collective memory of two world wars and the Holocaust played a key role in driving the creation of global, transatlantic, and European institutions designed to protect peace, security, and human dignity. Holocaust distortion and related misuses of history for political purposes inevitably undermine the justification and the defense of these institutions and the principles on which they are based.

More detailed findings from the Museum’s research are available in a background briefing (PDF).