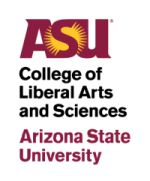 Stories about World War II and the persecution of Europe’s Jews were a constant presence in American movie theaters and living rooms throughout the 1930–40s. Award-winning films such as Mrs. Miniver, The Great Dictator, and Casablanca shaped Americans’ understanding of the Nazi threat and persecution of Europe’s Jews, while newsreels and radio programs offered a brief glimpse into world events and the range of opinions on the war effort. Join us to learn how Hollywood and leaders in entertainment and government battled for the hearts and minds of Americans.

A reception will be held immediately following the program at the University Club (425 East University Drive).

Parking is available at the Fulton Building. Please see the interactive campus map for reference: asu.edu/map/interactive/