Share
On May 11, 2021, Museum supporters across Ohio came together for a moving experience with special guests who discussed the consequences of unchecked hate and heard important messages about the Museum’s critical role during these challenging times.

Together, we reaffirmed our pledge to ensure the lessons of the Holocaust shape the way forward. Watch the 2021 Ohio Virtual Event below.

Rina Barth Frankel was born in the small town of Zarszyn, Poland. She was five years old when the Nazis invaded the country in 1939. Rina was the youngest of three sisters and her parents, Hersh and Miriam, owned a grocery store. Her grandfather Leibowitcz was the town’s rabbi, and her grandfather Barth owned a little jewelry and watch repair store.

After the invasion by the Nazis, all of them escaped to Ukraine, where within a few months the Russians marched in. The entire family, among other Polish refugees, were shipped to Siberia. Toward the end of 1941, most Polish refugees were allowed to leave Siberia, so the Barth family got permission to go to Buchara, Uzbekistan, with the hope of reaching Palestine. Within weeks, Rina’s father died and that dream was cut short. In 1946, they were repatriated to Poland, where they were again caught by Communists.

Separated from other members of the family who managed to survive, they were able to leave Poland in November 1948 for France, and finally, in 1949, they arrived in the newly created State of Israel. Rina later immigrated to the United States and now lives in Cleveland, Ohio. 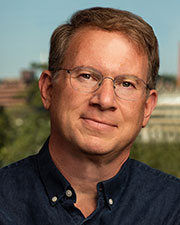 Jeffrey Goldberg is the editor in chief of The Atlantic. He joined the publication in 2007 as a national correspondent and was named the 164-year-old magazine's 14th editor in chief in October 2016. During his editorship, The Atlantic has set new audience and subscription records, and its journalistic reach has become global. In 2020, he was named Editor of the Year by Adweek, which also named The Atlantic Magazine of the Year. Digiday recently stated that The Atlantic "is enjoying its most relevant cultural moment since the 19th century." 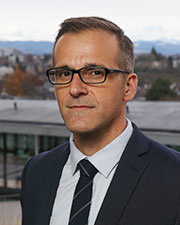 Williams’s research specialties include German history, United States and Russian foreign policy, propaganda and disinformation, and contemporary antisemitism. Outside of work, he is co-editing a volume for Routledge on the history of antisemitism and a separate monograph on the impact and forms of contemporary political antisemitism.

She serves on the International Auschwitz Council and is a recipient of the Officers Cross of the Order of Merit of the Republic of Poland and five honorary doctorates. She joined the planning staff of the Museum in 1986 when it was a project in development and served in a variety of roles before becoming director in 1999.

Originally from Cleveland, Ohio, Ms. Bloomfield holds a Bachelor of Arts degree in English literature from Northwestern University, a Master’s degree in Education from John Carroll University, and has studied business administration at the graduate level.

A Conversation with Jeffrey Goldberg, Editor in Chief of The Atlantic and Museum Historian, Dr. Robert Williams

Thank You to Our National Partners and Donors