“We Hope They Are Alive.” Previous A Massacre in Ninewa Next 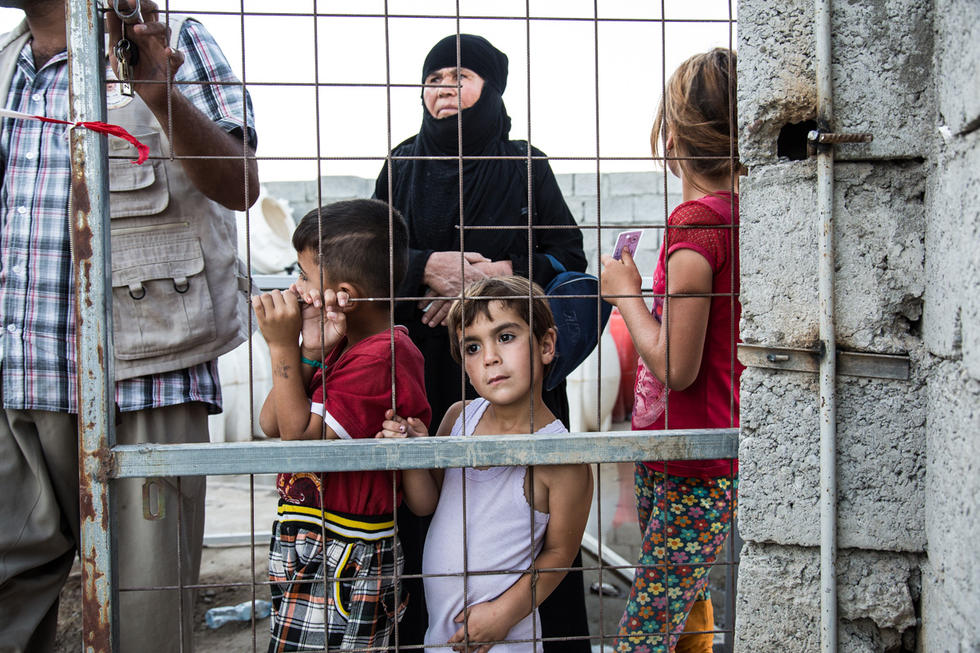 Young displaced Iraqis wait for food distribution at a camp on the outskirts of Erbil. —Mackenzie Knowles-Coursin for the US Holocaust Memorial Museum

The vast majority of displaced persons in northern Iraq did not stay in their homes as the self-proclaimed Islamic State approached. They fled when they realized that the forces protecting them—either Iraqi or Kurdish—had abandoned their posts. In most cases, they had mere hours or minutes to collect any belongings.

When the Iraqis who fled return home, they require ongoing protection and assistance. Given the chronic instability in Iraq and the presence of extremist groups and Shi’a aligned militias posted in these areas by the government, these communities again may become the targets of mass atrocities. It is unclear who has the capacity and the political will to effectively protect these communities.

Many displaced Iraqis feel distrust toward their Sunni Arab neighbors, and these Sunni Arab civilians also will need protection during and after the area’s liberation. Kurdish, Iraqi, and ad hoc paramilitary groups have little training in distinguishing civilian from fighter. Rampant distrust and fear will impede efforts to bring about reconciliation, will feed the desire for local self-defense militias, and will raise the potential for reprisal killings and future conflict.

“We Hope They Are Alive.” Previous A Massacre in Ninewa Next