History of the Conflict Next 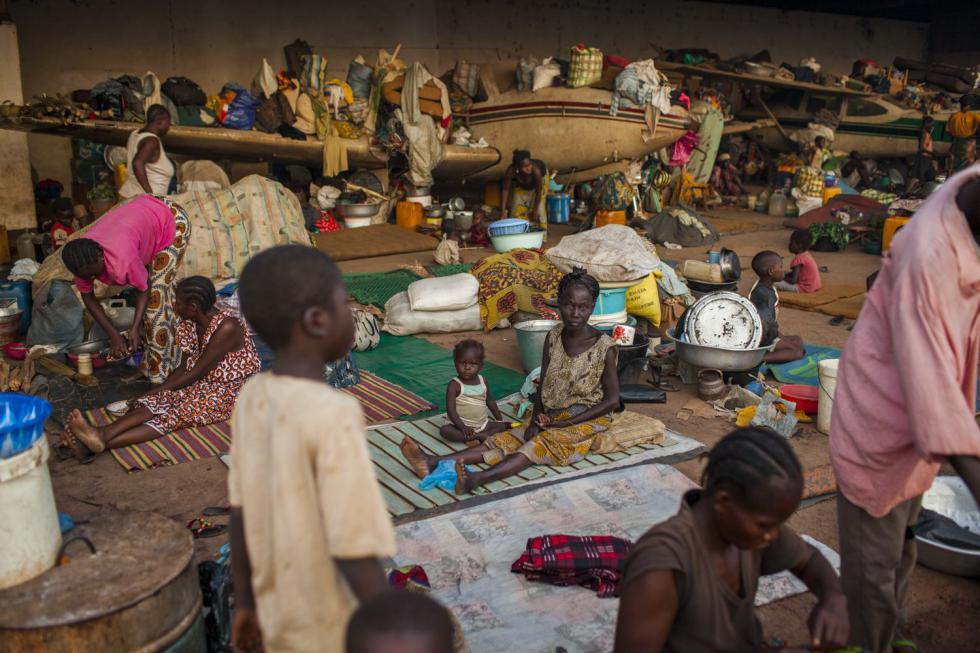 The most recent political crisis began when a group of predominantly Muslim rebel movements banded together in a loose alliance known as Séléka (which means coalition or alliance) to oppose the regime of then-President François Bozizé, who came to power in a coup in 2003. These militia committed mass atrocities as they marched on the capital, Bangui, in March 2013, and they continued after seizing power. Largely Christian self-defense forces, known as the anti-balaka, opposed the Séléka and began targeting Muslim civilians, carrying out reprisal attacks on civilians after the Séléka was removed from power.

Whereas religious tensions had not previously been a major source of division in CAR, the cycles of revenge attacks have created deeper divisions within the population, increasing the likelihood of continued violence on the basis of identity.

The fighting resulted in a massive humanitarian crisis. CAR’s infrastructure was destroyed during the Séléka advance, including schools, medical facilities, and entire villages. The subsequent violence severely limited civilians’ access to the basic necessities of food, water, and shelter.

At the hight of the 2013–14 conflict, there was an unofficial division of the CAR population into Christian and Muslim segments. Small groups sought safety in homogeneous neighborhoods, mosques, and churches. Thousands of displaced Muslims were eventually evacuated from the capital under international protection. In mid-May 2014, 554,800 people were internally displaced and 359,834 had fled to neighboring countries. The vast majority of displaced people were Muslim. A 2014 United Nations (UN) Commission of Inquiry report concluded that abuses by the anti-balaka amounted to ethnic cleansing of the country’s Muslim community.

In late 2020, CAR’s Constitutional Court ruled that former President Bozizé could not run in the upcoming presidential election on “moral grounds” due to UN sanctions and an international arrest warrant issued for alleged “crimes against humanity and incitement to genocide.” Bozizé responded by joining a new coalition of six anti-balaka and ex-Séléka armed groups opposed to the government, called the Coalition of Patriots for Change (CPC).

The CPC killed hundreds of civilians in December 2020, with the goal of forcing an election postponement or new round of peace talks. On December 27, CAR held general elections despite ongoing attacks by the CPC. Although incumbent Faustin-Archange Touadéra won the election decisively, opposition groups considered the results invalid. Violence continued into 2021 and intensified the ongoing humanitarian crisis and risk of mass atrocities for civilian populations.

Millions of Civilians at Risk

Amidst the 2013–14 crisis, state institutions collapsed as officials fled and armed groups destroyed the country’s infrastructure. Security forces also collapsed and international forces have only been able to fill part of the need. The impacts from 2013–14 continue to the present. Looting and insecurity have left hospitals and schools essentially nonfunctional, setting the stage for health crises and education impacts well into the future. The violence has also disrupted the ability to plant, cultivate, and harvest crops. According to the UN, some 2.29 million people were without enough food as of mid-2021.

Although it is difficult to verify the number of civilian fatalities during the conflict, the 2014 UN Commission of Inquiry report offered a conservative estimate that 3,000–6,000 people had been killed between January 2013 and December 2014. All armed actors have perpetrated direct attacks against civilians. The UN estimates that as of June 2021, more than 727,000 people are internally displaced and another 695,000 are refugees living in neighboring countries, with most in the Democratic Republic of the Congo, Cameroon, and Chad.

There has been very little justice or accountability within CAR for crimes committed in Bangui and outside of the capital due to the lack of a police and security presence, limited functioning of the judicial system, and threats against judges and prosecutors. The international community has taken some action to help resolve the conflict and provide humanitarian assistance, but the country still faces a long road to recovery.

History of the Conflict Next