Day One: April 17, 1975 Previous Forced Labor and Collectivization Next

Emptying the cities was just the beginning of the Khmer Rouge’s brutal attempt to dismantle virtually every element of traditional Cambodian society. The regime launched a massive assault on centuries-old traditions and heritage, denouncing them as a hindrance to the establishment of the utopian classless society. Buddhist monks were labeled as parasites, their temples seized and converted to other uses. Works of art were destroyed. 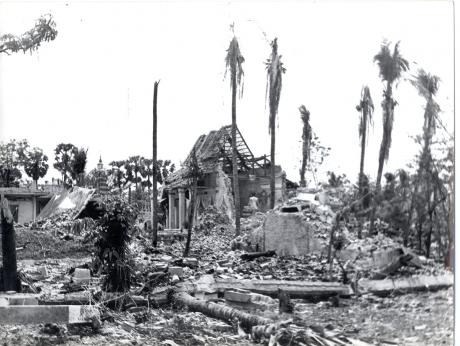 The Khmer Rouge aimed to abolish the traditional family. Meals were often taken communally. Many children were separated from their parents and put into labor brigades that traveled from place to place to join in work projects. People were often forbidden to show the slightest affection, humor, or pity, and were encouraged to inform on each other. 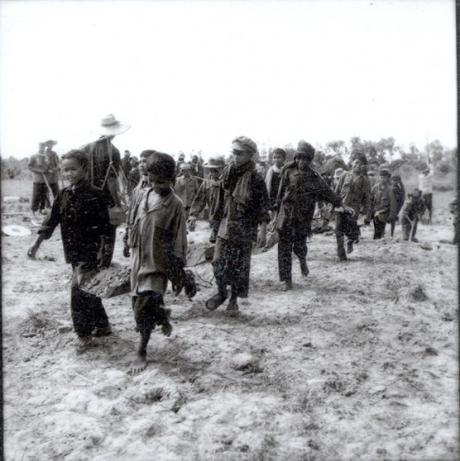 Members of a children’s labor brigade at work. —Documentation Center of Cambodia

The middle class, the educated, the religious, people associated with the previous government, and ethnic or national minorities—all were targeted as enemies. Though the new order was theoretically classless, each commune in the countryside was in essence divided into two groups: “base people,” who had joined the movement early and were deemed loyal and worthy of rewards, and “new people,” who had come from the cities in 1975 and were to be despised and persecuted.

Day One: April 17, 1975 Previous Forced Labor and Collectivization Next