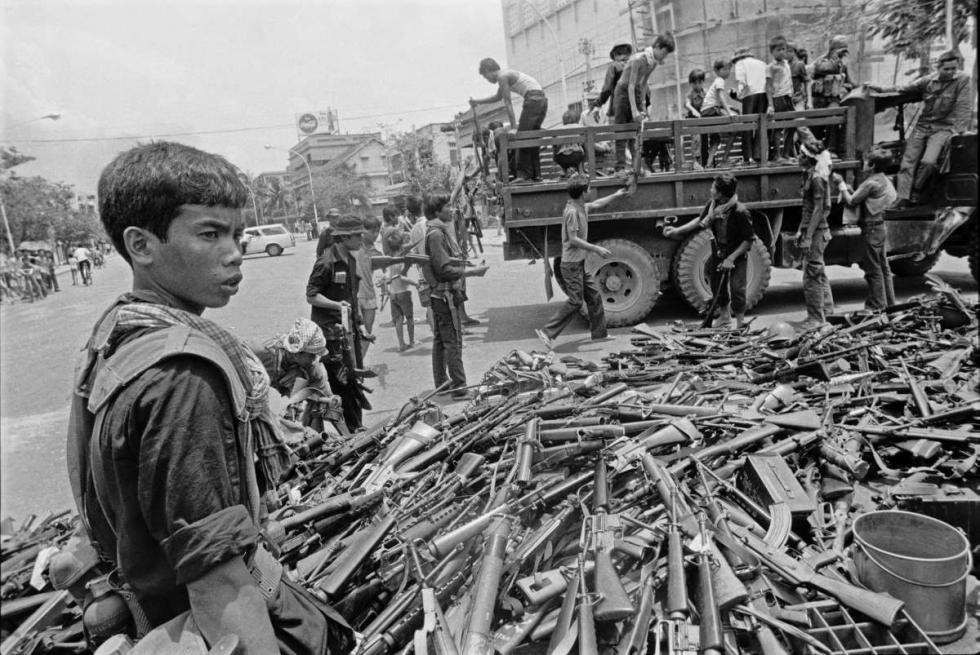 On April 17, 1975, the Khmer Rouge entered Phnom Penh victorious. Many city residents turned out to welcome the Communist soldiers, hoping that peace would now return after five years of bloodletting. However, the conquerors began to reveal their true intent almost immediately. Within hours, they started implementing their radical plan to transform Cambodia into a rural society where all individuals would be harnessed in service of the state.

By the afternoon of that very first day, soldiers using bullhorns began ordering the city’s two million residents into the countryside. Houses and schools were emptied at gunpoint, with shots fired if people did not move fast enough. Not even hospitals were spared, with patients forced into the streets. Families split apart as children lost sight of parents in the confusion of the exodus.

Thousands of people died in the chaos along jammed roads leading from the capital. Friends and relatives were made to leave behind the bodies and trudge on, carrying what few possessions they could. 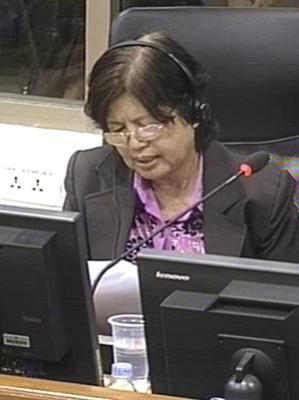 “We shouted that the war is now ended, and the peace has returned….The happiness did not last long, because these black-clad soldiers, who were carrying weapons, shouted to us, ‘You must leave the city, now!’”

Foreign citizens in the city were herded into the French embassy compound, from which they watched the tragic death march make its way past the gates. The foreigners were later trucked to the Thai border and expelled. With their departure, Cambodia lost virtually the only outside witnesses to the horrors that were beginning in the country the Khmer Rouge would call “Democratic Kampuchea.”