A Tribunal for Cambodia Previous Public Participation Next

By the time the court began functioning, a number of the surviving Khmer Rouge leaders had died. In addition to Pol Pot, the deceased included Son Sen, the defense minister; Yun Yat, the information and education minister; Thiounn Thioeunn, the health minister; and Ke Pauk, a senior military commander. But enough senior figures remained living to give the court plenty to work on. Criminal investigations began on July 3, 2006. Massive amounts of evidence were gathered, and eventually four separate cases concerning international crimes emerged, including crimes against humanity, war crimes, and genocide. 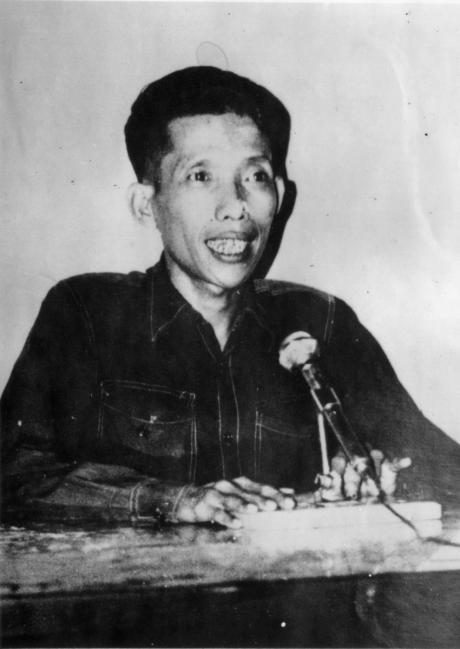 Kaing Guek Eav, known as Duch, as a Khmer Rouge official at the S-21 prison. —Documentation Center of Cambodia 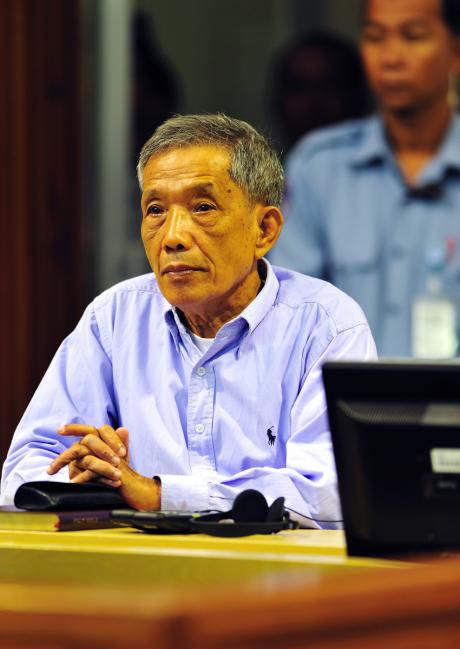 Kaing Guek Eav at an Extraordinary Chambers in the Courts of Cambodia hearing in 2009. —ECCC/Mark Peters

This case was the first to come to trial, in 2009. In 77 days of proceedings, the court heard testimony not only from 17 witnesses of fact, seven character witnesses, and nine expert witnesses, but also from 22 “civil parties”—people who had been victimized.

In a landmark decision in July 2010, the court returned its first conviction, finding Duch guilty of crimes against humanity and grave breaches of the Geneva Conventions of 1949, a series of four treaties that seek to regulate the conduct of armed conflict. The court sentenced him to 35 years’ imprisonment, indicating that this sentence would be reduced by the time served while awaiting the final judgment in his case. The Trial Chamber also granted a five year reduction in his sentence for a previous unlawful detention. Both the prosecution and the defense appealed the sentence. On appeal in February 2012, the Supreme Court Chamber increased the sentence to life imprisonment and revoked the five year reduction in his sentence.

The defendants were charged in 2010 with crimes against humanity, grave breaches of the Geneva Conventions of 1949, and genocide against the Muslim Cham and the Vietnamese. In 2012, Ieng Thirith was found mentally unfit to stand trial and was removed from the case. She died in August 2015. Her husband, Ieng Sary, died in March 2013.

This case was divided into two sub-cases. Charges in the first, known officially as Case 002/01, focused on alleged crimes against humanity related to the forced emptying of cities starting on April 17, 1975, and the execution of soldiers of the Lon Nol government.

Initial hearings for Case 002/01 began in November 2011, with the defendants limited to Khieu Sampan and Nuon Chea. Thirty-one civil parties were among the witnesses. In addition, more than 100,000 people came to the court to watch from the witness gallery. Both men were convicted in August 2014 and sentenced to life in prison.  The defendants appealed these convictions to the tribunal’s Supreme Court Chamber, who in November 2016 ruled to acquit on some of the charges, but nevertheless upheld the Trial Chamber’s sentences of life imprisonment.

Case 002/02, which was directed against the same two men, concluded with guilty verdicts in November 2018. The defendants were charged with war crimes and crimes against humanity, including extermination, enslavement, torture, rape, and political, racial, and religious persecution. They also faced charges of genocide against the Cham, the Vietnamese, Buddhists, and former Khmer Republic Officials. Over the course of 24 months of evidentiary hearings, the Chamber heard the testimony of 185 witnesses, including 63 civil party victims and eight experts. In November 2018, both defendants were convicted of genocide, crimes against humanity, and war crimes and sentenced to life imprisonment. Nuon Chea died in prison in August 2019.

In September 2009, the International Co-Prosecutor requested the Co-Investigating Judges to initiate investigations concerning five suspects: Sou Met, Meas Muth (Case 003), Yim Tith (Case 004), Im Chaem (Case 004/01) and Ao An (Case 004/02). The proceedings in these cases resulted in charges against all except Sou Met, who died in June 2015.

Under the Court’s founding statute, the court only has jurisdiction to try “senior leaders of the Democratic Kampuchea” and individuals “most responsible” for the crimes of the Khmer Rouge, a standard that restricts possible defendants. The issue arose, for example, in the case against Im Chaem, a former district official who was accused of overseeing the deaths of tens of thousands in a regional labor camp, on the basis that since Ms. Chaem could not be deemed one of those “most responsible” for the crimes.

This disagreement led to the dismissal of Case 004/01 against Im Chaem, who had been charged with with grave breaches of the Geneva Conventions of 1949, homicide, and crimes against humanity concerning her alleged actions at the Phnom Trayoung security center and Spean Sreng. In early 2017, the Co-Investigating Judges issued an order to dismiss the case on the basis that the Court lacked personal jurisdiction over Im Chaem. The international Co-Prosecutor appealed this decision. In June 2018, three of the five judges on the Pre-Trial Chamber upheld the Co-Investigating Judges’ decision to dismiss the case. This decision does not preclude Im Chaem from being tried by an ordinary domestic court.

There is now some uncertainty about how the Court will manage the remaining three indictments, against former Khmer Rouge navy commander, Meas Muth (in Case 003), former deputy secretary in the Central Zone of Democratic Kampuchea, Ao An (in Case 004/02), and a former zone and district official, Yim Tith (in Case 004). Each of these defendants has faced charges of genocide, crimes against humanity, and violations of Cambodian criminal law. Muth faced an additional charge of grave breaches of the Geneva Conventions of 1949. In late 2018, the National and International Co-Investigating Judges issued different decisions in the cases against Meus Muth and Ao An. In each case, proceedings have stalled as the National Co-Investigating Judge concluded that the Court lacked jurisdiction over the cases, while the International Co-Investigating Judge concluded that the Court did have jurisdiction. The Co-Investigating Judges are yet to issue closing orders in the case against Yim Tith.

If the closing orders are appealed, the Pre-Trial Chamber will ultimately determine whether each of these three cases moves forward to indictment or whether the dismissal should be maintained. The advancing age of the suspects and the unwillingness of the Cambodian government to cooperate with any possible arrest and prosecution present possible challenges. And although the Cambodian government and the international community continue to provide funding for the operation of the court, which relies heavily on voluntary contributions raised by the United Nations, obtaining that support each year requires considerable diplomatic effort.

A Tribunal for Cambodia Previous Public Participation Next