Cambodia 1975–1979 Previous Origins of the Khmer Rouge Next 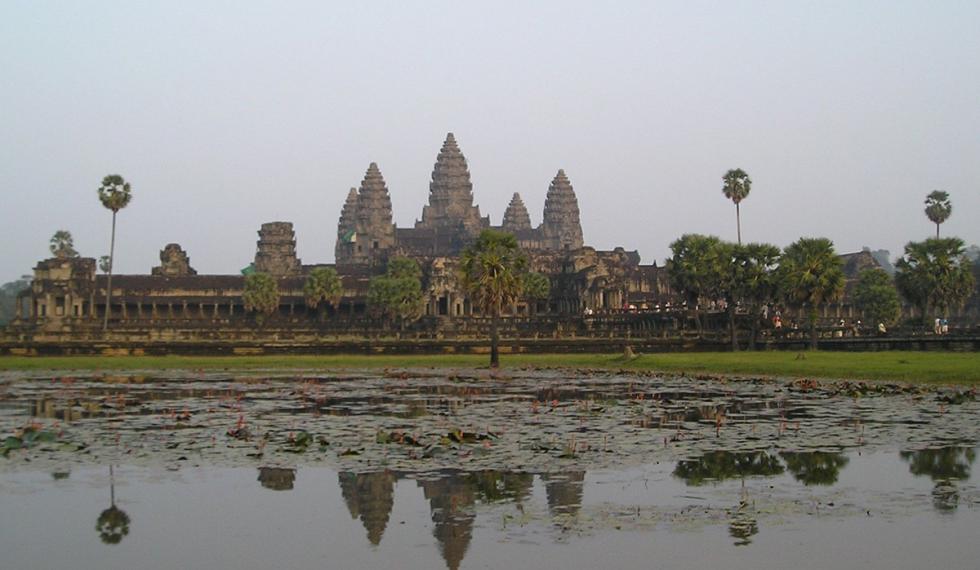 The Kingdom of Cambodia is heir to the glories of the ancient Khmer Empire, which built the fabled temple Angkor Wat. At its peak in the 12th century, the empire covered much of mainland Southeast Asia. But it later shrank under expansionist pressure from neighboring Vietnam and Siam, becoming what we now know as Cambodia. In 1863, faltering and largely defenseless, the kingdom fell under French colonial rule. 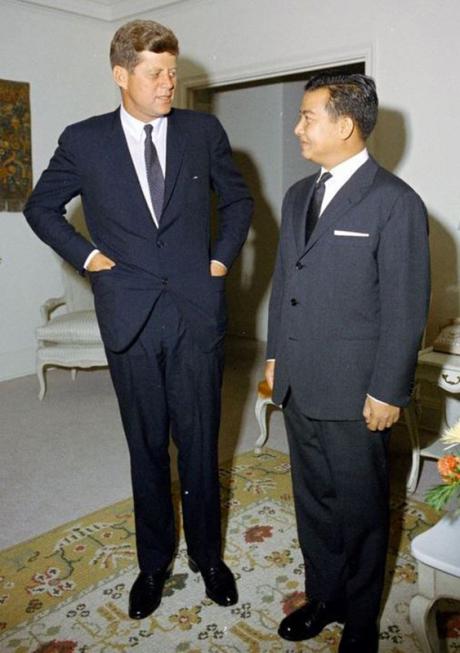 On November 9, 1953, after 90 years of colonial rule, Cambodia regained independence as French authority in the kingdom and in neighboring Vietnam and Laos crumbled in the face of internal revolts. King Norodom Sihanouk, who had campaigned for the end of colonial control, returned from exile to lead the country.

He did so at a time when the Cold War was escalating and the world was becoming polarized between the democracies of North America, Europe, and their allies, on the one hand, and the Communist bloc, headed by the Soviet Union and China, on the other. Vietnam was divided between the two blocs in 1954, becoming a Communist north and a pro-Western south. Like a number of smaller developing countries, Cambodia tried to remain neutral, declaring itself “nonaligned.”

But successive US administrations saw Cambodia as a potential buffer against the spread of Communism, particularly from North Vietnam. At the same time, the Communist superpowers and North Vietnam had their own designs on the country and its future. With aid to the Cambodian government and clandestine support for dissidents, the Cold War blocs competed for influence.

On April 7, 1954, President Eisenhower articulated a deep-seated American fear about Communism’s potential spread in Southeast Asia to countries like Cambodia. “You have a row of dominoes set up,” he said at a press conference. “You knock over the first one, and what will happen to the last one is the certainty that it will go over very quickly.” This “Domino Theory” was reiterated by every US president until the mid-1970s.

In 1955, the charismatic Sihanouk abdicated as king to rule as prince and prime minister. At first he leaned toward the West and accepted military assistance from Washington, but he also resisted becoming too tied to American fortunes. In the 1960s, as the United States became increasingly entangled in wars in North and South Vietnam and in Laos, Sihanouk distanced himself from the West and its allies in the region.

Cambodia 1975–1979 Previous Origins of the Khmer Rouge Next