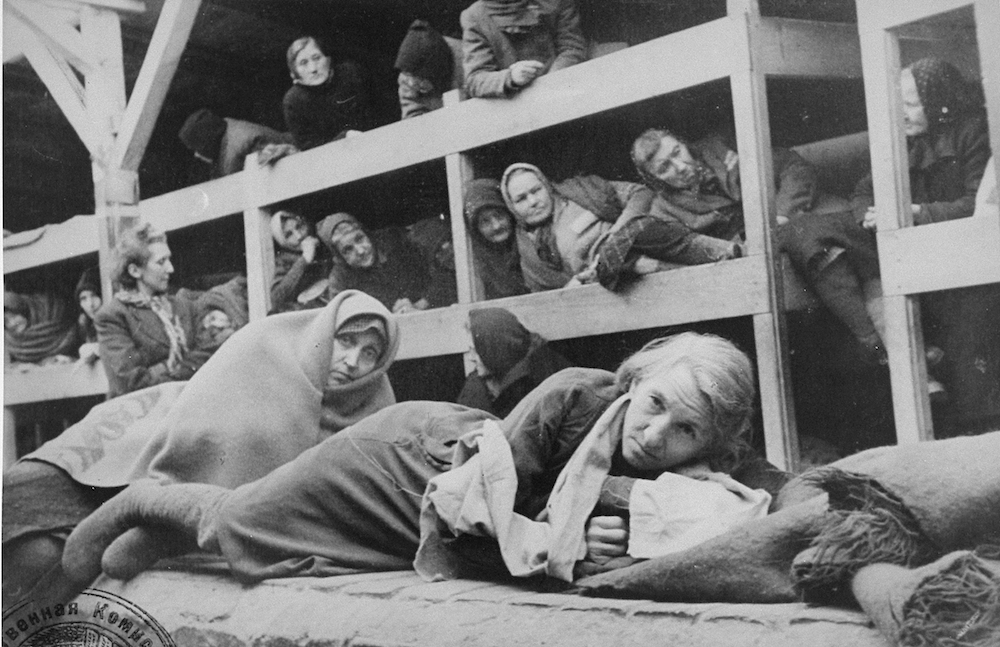 Women in the barracks at Auschwitz after liberation. ——US Holocaust Memorial Museum, courtesy of National Archives and Records Administration, College Park, MD

In their formulation of the “Final Solution,” National Socialist leaders did not distinguish between Jewish men and women. While they initially targeted Jewish men for arrest and deportation, their attentions soon turned to all Jews, male and female, adult and child, Orthodox and secular. In this wave of events later known as “the Holocaust,” however, individual experiences varied, and in particular, women often lived and died differently than men.

Biological, psychological, sociological, and other differences left women at times more vulnerable to beatings, rape, forced abortions, and exploitation. Women with children were often killed first. But women’s differences also gave them certain advantages for survival. Because circumcision did not reveal their Jewishness, women could pass as non-Jewish more readily. Women coped with hunger differently and often provided mutual support to each other in the unsanitary and overcrowded camps.

It is with these and other differences in mind that scholars have turned to studying women’s unique experiences in the Holocaust, examining how women’s place in European society and their own enculturation and socialization exposed them to greater risk or prepared them to cope better in the midst of such terror and deprivation. These studies have looked at women under varying circumstances: in the ghettos and camps, in the resistance, in hiding, and as refugees. Because non-Jewish women were also caught up by the Nazi regime, scholars have also examined women’s lives in Nazi Germany, such as Nazi supporters, collaborators, perpetrators, resistors, and rescuers.

The following bibliography was compiled to guide readers to selected materials on women during the Holocaust that are in the Library’s collection. It is not meant to be exhaustive. Annotations are provided to help the user determine the item’s focus, and call numbers for the Museum’s Library are given in parentheses following each citation. Those unable to visit might be able to find these works in a nearby public library or acquire them through interlibrary loan. Follow the “Find in a library near you” link in each citation and enter your zip code at the Open WorldCat search screen. The results of that search indicate all libraries in your area that own that particular title. Talk to your local librarian for assistance.

In the Third Reich

To search library catalogs or other electronic search tools for materials on women during the Holocaust, use the following Library of Congress subject headings to retrieve the most relevant citations: